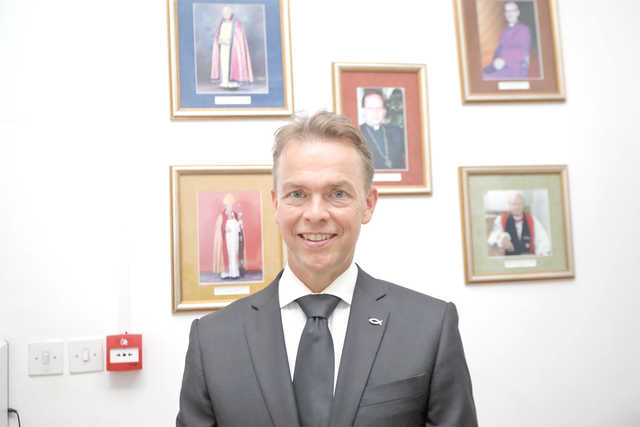 As Defender of the Faith and Supreme Governor of the Church of England all at St Christopher’s Cathedral are tremendously saddened by this tragic loss.

Queen Elizabeth was the epitome of a leader and a genuine role model for us all. While many of her roles were traditionally symbolic she was able to balance complex needs and manage influence, sometimes subtle, but nevertheless effective.

In a world that is increasingly subjected to falsities, her actions stood out and benefited millions across the globe, not just within the UK or Commonwealth.

The manner in which she conducted herself endeared respect from the vast majority, transcending political or religious views.

The outpouring of grief and tributes in various places including varied religious establishments and workplaces around the world is testimony to her lifetime of service and the impact she had.

The Commemorative Service at St Christopher’s Cathedral aimed to pay respect and show gratitude for her life and all that she achieved.

May her Soul Rest in Eternal Peace.