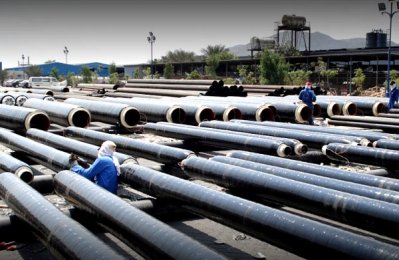 Perma-Pipe International Holdings has announced that its Saudi subsidiary has been awarded a $14-million contract for the King Salman Park Project - Vision 2030. The project is expected to be executed in the fourth quarter of 2022.
A global leader in pre-insulated piping and leak detection systems for oil and gas gathering, district heating and cooling and other applications, Perma-Pipe has operations at 13 locations in six countries.
The contract was awarded to the group by Al Haif Contracting as part of the major infrastructure developments planned in Saudi Arabia’s Vision 2030.
As part of the deal, Perma-Pipe will be supplying its pre-insulated pipes and fittings and the XTRU-Therm insulation system, a spray-applied polyurethane foam jacketed with a high-density polyethylene.
Raed Al Saleh, General Manager for Perma-Pipe Saudi Arabia, said: "We are pleased to be part of the King Salman Park project, and we are delighted that Al Haif Contracting have placed their trust in Perma-Pipe. It is exciting to be part of this project that will assert Riyadh as one of the most livable cities in the world."
Saleh Sagr, Senior Vice President for Perma-Pipe’s Mena region, said: "I am glad to announce that this important project has been assigned to Perma-Pipe. The King Salman Park project attests to our leading market position in Saudi Arabia and gives us the opportunity to demonstrate our expertise and our industry-leading products and services to another new, strategically valuable customer."
President and CEO David Mansfield said the Saudi market is becoming increasingly more active and important to the group. "We are delighted with this award, and the opportunity to participate in Saudi Arabia’s pursuit of its Vision 2030," he added.-TradeArabia News Service