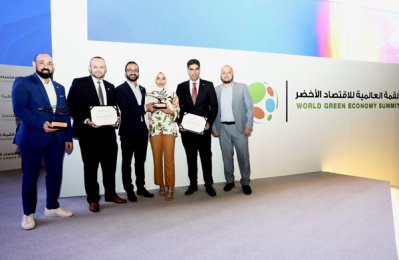 Johnson Controls, the global leader for smart, healthy and sustainable buildings, has won top recognition at the 4th Emirates Energy Award 2022 for realizing significant energy savings for Dubai Airports.
A key regional prize, Emirates Energy Award is mainly aimed at encouraging the rationalized use of energy and resources and also to highlight the best practices and pioneering work in energy efficiency, alternative energy, sustainability and protecting the environment.
A major player in the energy sector, Johnson Controls said it had carried out an in-depth energy audit and analysis in selected areas of operation in Central Utility Complexes at Dubai Airports.
The audit resulted in an energy performance contract involving retrofitting the chillers with Medium Voltage variable speed drives to boost chiller efficiency, said the statement from Johnson Controls.
Furthermore, it also included retrofit on the auxiliary equipment. In addition, the project involved installing a customized chiller plant manager application to operate the chiller plant at better efficiencies based on the dynamic airport operations, it stated.
Johnson Controls pointed out that the baseline energy consumption of the plant at Dubai Airports was close to 40.989 GWh per annum. But following its key initiatives, the guaranteed savings achieved stood at 11.9 GWh which will help reduce the annual CO2 footprint by 5,240 tonnes.
"We are honoured to receive the 4th Emirates Energy Award 2022 from the Dubai Supreme Council of Energy. Johnson Controls has always been committed to sustainability, which is in line with the Dubai Clean Energy Strategic vision to transform the emirate into a global clean energy center by 2050," remarked Mohammad Khalid, the Vice President and General Manager at Johnson Controls, Middle East and Africa.
"This prestigious award is a testament to our contribution towards the region’s net zero goals and recognizes our leadership in providing our customers with clean and efficient digital technologies," he stated.
Lauding Johnson Controls for the top recognition, Omar Bin Adai, the Senior Vice President of Engineering Services at Dubai Airports, said: "While Dubai Airports has always been deeply involved in energy management and efforts to reduce carbon footprint, we appreciate Johnson Controls’ expertise and role in implementing this energy conservation measure towards achieving Dubai’s and UAE's clean energy goals."
On the win, Ahmad Abuothman, the general manager of Building Technologies GCC at Johnson Controls, said: "We would like to extend our appreciation to Dubai Airports for choosing us for this project. We are glad that our relentless efforts in energy efficiency have led us to be acknowledged with such a significant award."
Emirates Energy Award recognizes the efforts of the public and private sectors across the region in energy efficiency, energy projects and education and research in the energy sector. A special recognition award is also available for outstanding contributors to the energy sector.-TradeArabia News Service