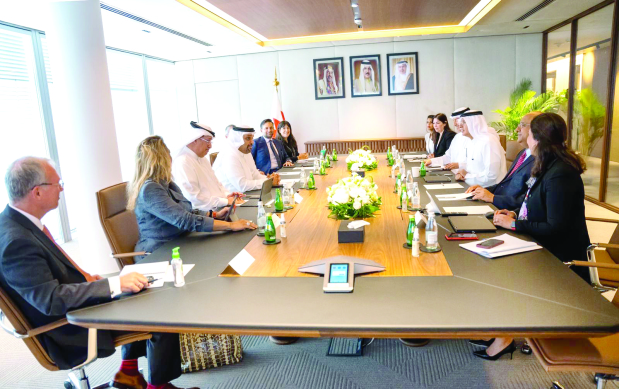 Finance and National Economy Minister and Mumtalakat chairman Shaikh Salman bin Khalifa Al Khalifa confirmed the company’s commitment to continue to invest in key economic sectors in Bahrain under the leadership of His Majesty King Hamad. During their meeting, the chairman and the board members expressed their appreciation for the trust of His Royal Highness Prince Salman bin Hamad Al Khalifa, Crown Prince and Prime Minister, and his guidance to continue investing in the kingdom for the benefit of Bahrain and its people .