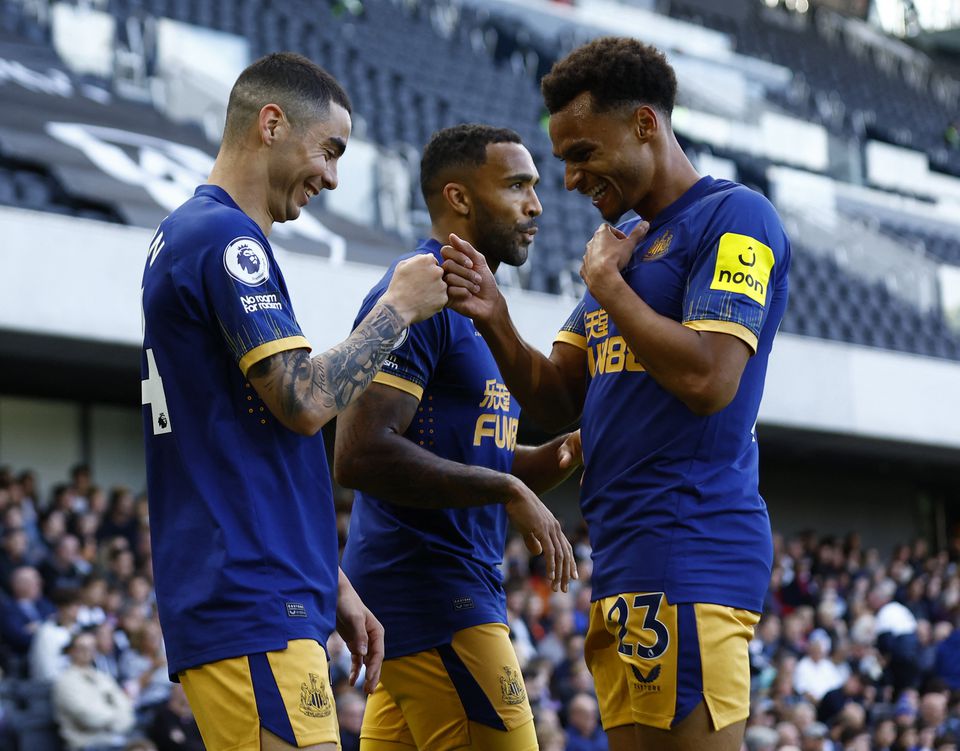 Newcastle United made the most of an early red card for Fulham's Nathaniel Chalobah, thumping their hosts 4-1 in their Premier League clash at Craven Cottage on Saturday to secure their first away win of the season.

Defensive midfielder Chalobah was sent off in the eighth minute for a dangerous challenge on Sean Longstaff that referee Darren England initially only deemed worthy of a yellow card, but he upgraded it to a straight red after a VAR review.

The visitors wasted little time capitalising on his dismissal, Callum Wilson bundling the ball home from close range to open the scoring three minutes later, and Miguel Almiron made it 2-0 in the 33rd minute with a sumptuous left-foot volley.

Things went from bad to worse for Fulham as Serbian striker Aleksandar Mitrovic, who has scored six times in eight league games so far this season, hobbled off four minutes later with an injury.

Almiron slotted home his second from Joe Willock's precise pass to make it 4-0 12 minutes into the second half, and only the linesman's flag stopped him from completing his hat-trick as he had a goal ruled out for offside in the 69th minute.

Newcastle will be delighted to have scored four times despite missing record signing Alexander Isak, who missed the game after pulling out of the Sweden squad during the international break due to injury.

Bobby De Cordova Reid scored a late consolation goal for the hosts but it made little difference as Newcastle move into sixth spot on 11 points after eight games, while Fulham are two places below them on goal difference.

"It has been a long time coming, we have had a long wait for the second win of the season," Newcastle coach Eddie Howe told BBC Sport. "Right from the start we had a good feeling, with good energy, and created chances early on.

"Obviously the red card made it easier but I am very pleased with the players' response, their attitude - we wanted more, we weren't happy with what we had, always trying to score," he added.