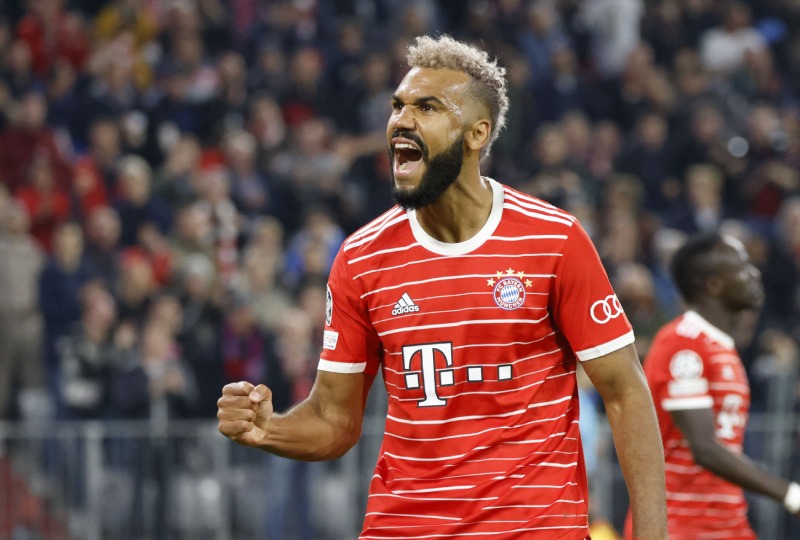 Bayern Munich struck three times in the opening 21 minutes en route to a 5-0 demolition of Viktoria Plzen in the Champions League on Tuesday to stay top of Group C and set a record for the longest unbeaten run in group matches.

The Germans have now gone 31 group matches in the competition without defeat.

Leroy Sane opened their account in the seventh minute before Serge Gnabry drilled in their second five minutes later and Sadio Mane added another with a fine solo effort in the 21st with the Czechs putting up no real resistance.

Sane struck again five minutes after the restart and Eric Maxim Choupo-Moting's shot went in off the post just before the hour mark before the Bavarians gradually eased off with an eye on Saturday's big Bundesliga match against Borussia Dortmund.

Bayern have won all three of their group matches so far to sit in top spot on nine points. Inter Milan and Barcelona, both on three points, face each other later on Tuesday.