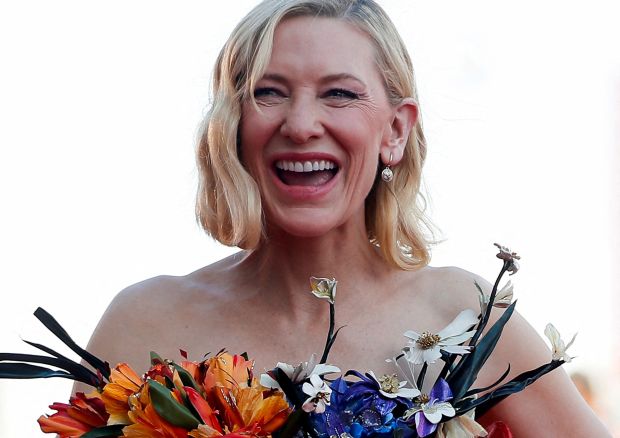 LONDON - Acclaimed Australian actor Cate Blanchett says the themes of her new drama "TÁR" galvanised its cast and crew, making the film shoot “the most stimulating” she had ever been on.

Blanchett plays Lydia Tár, a world-renowned conductor of a Berlin orchestra whose high-flying career comes tumbling down with an abuse scandal.

Blanchett credited the film's writer and director Todd Field for drawing the best out of his cast with often unscripted, spur-of-the-moment ideas.

"People talk about improvising but I felt like we were standing on the edge of a cliff every day saying, 'This may not work, let's give this a try', which was really exciting to make," she told Reuters.

Field, who returns to filmmaking after 16 years, started writing the screenplay in March 2020 as the world around him began shutting down due to Covid-19. He finished the script in record time, writing the role of Tár specifically for Blanchett

The movie delves deep into the world of classical music and the complexities of orchestra life.

"The ISM, or Incorporated Society of Musicians, just released a study saying that bullying, racism and sexual harassment in the classical music industry is at its all-time worst. So I feel like the release of this film is very timely, that it's kind of bringing to light a lot of issues that our industry and also a lot of other industries face," Kauer said.

Blanchett's performance has garnered early Oscar buzz after she won the best actress award at this year's Venice Film Festival, where "TÁR" had its world premiere.

The 53-year-old has previously won two acting Oscars for her performances in "Blue Jasmine" and "The Aviator."

"I don't read that stuff because I don't know what to do with it," she said. "But that's lovely. I mean, in the end, I just want an audience to see it and I want them to see it in the cinema."

"TÁR" opens in US theatres on Friday and begins its global rollout in January.