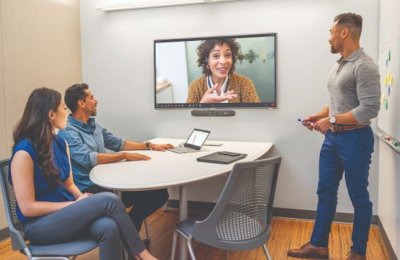 A new study has listed `factories’ automation’ as one of the top three emerging trends in the Kingdom of Saudi Arabia (KSA) and the UAE in 2023. The other two upcoming trends for 2023 in the two GCC countries, according to the study by Poly, are smart living and smart working.
Factories’ automation
As KSA works to establish several smart cities, there is a tendency within the kingdom toward factory automation. The main objective is to benefit from Artificial Intelligence (AI) technologies and smart innovations, reduce costs, and raise efficiency, the study revealed.
In the near future, around 4000 factories all over the KSA will be largely dependent on automated machines and smart technologies. This is part of the recently launched ‘The Future Factories Program, initiated by the Ministry of Industry and Mineral Resources, it noted.
The Saudi government aims to utilise the Fourth Industrial Revolution (4IR) to achieve considerable progress in its production sector, through the blend of various innovative technologies like artificial intelligence, blockchain, robots, 3D printing, and the internet of things to establish a strong economy based on the latest technologies and innovations.
In the UAE, the government announced in October 2021 the plan to harness the technology of the Fourth Industrial Revolution. The purpose of this plan, The Projects of the 50, is to raise productivity and deliver more innovative products using automated systems during the coming fifty years in an initiative that is unprecedented in the region.
These automated systems that will be managing functions in several factories would enable employees to have more flexibility in their working hours and pattern.  According to the new Poly study, Recruit, Retain and Grow, 88% of UAE companies believe that employees should be allowed to request flexible working hours from day one. Furthermore, Over half (56%) of all organizations, and 69% of UAE-based organizations, believe that if they don’t address their hybrid work processes and plans, they’ll start to lose staff and be unable to attract new talent.
Bob Aoun, Sales Director at Poly, says: “The operation of factories and various production facilities which relies on AI- technologies became a vital element in the success of the production in any given sector. This move is crucial to increase profit and maintain growth and sustainability.”
Smart cities will boost smart working
Smart working, aka hybrid working, is equally popular among employees and employers because it boosts productivity. Almost 70% of the UAE firms believe that failing to address their hybrid work procedures and strategies will result in employee turnover and an inability to recruit new talent.
We are moving a step further as a world and seeing the conversations around smart cities start at the same time. The linear city "The Line" in Saudi Arabia has been proposed with the objective of facilitating a perfect work-life balance for its residents.
The same trend is getting quite prevailing in the UAE.  Arising from the Emirati government's vision for 2021, one of the most important priorities is to establish a sustainable environment and infrastructure that achieves the goals of the future.
The first smart city to be launched in the UAE goes back a decade ago. Masdar City is the first smart and sustainable city in the region. This progressive city benefits from a blend of advanced technologies and methods from the architecture of the city to the utilization of solar energy to depend on sustainable and renewable resources.
We are entering an era of smart living where smart working will become non-negotiable. This requires smart working methods and tools to empower this change, the study points out.
Aoun says: “The entire KSA is a progressive region. We no longer have an excuse to not believe in hybrid working or smart working. For example, 33% of companies are seeing productivity gains from hybrid working in excess of 50% within the UAE itself.”
Smart working
Smart working has put the power in the employees’ hands, and autonomous decision-making is on the rise as more people are adopting hybrid working patterns. However, the lack of sufficient resources for hybrid work enablement, such as technology, policies, and manager training, ultimately disempowers employees. Only 51% of organizations globally have taken steps to prevent people from feeling like they need to be always on. Weakened organizational culture leaves the workforce demotivated and unwilling to go the extra mile – ‘quiet quitting’.
Companies should provide employees not only with flexibility in working conditions but also armor them with the technology and communicate how to utilize the technology to their advantage. Technology should equalize hybrid working experience no matter where the job is done from, rather than causing overwork and burnout.
Aoun comments: “Don’t just give employees the technology and let them figure it out. It is extremely important to communicate to employees regarding the company culture, rules of engagement, and especially training managers who are responsible for people management. 10% of UAE organizations have seen employee burnout, and 13% have seen a reduction in employee engagement because everyone worked from a different location.”
The three new trends in KSA and the UAE reflect the future vision of the country to have a progressive lifestyle from all aspects. The transformation towards relying on cutting-edge technologies has become crucial for the advancement of any country. However, the provision of the required tools and devices plays a significant role in this regard.--TradeArabia News Service