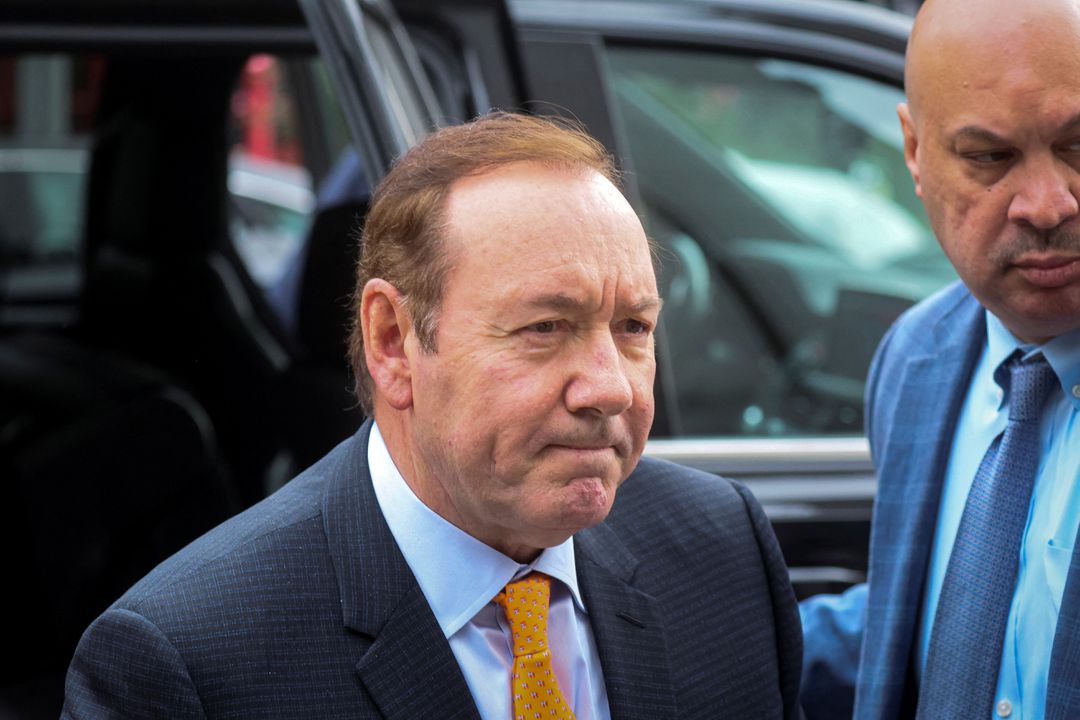 Kevin Spacey took the witness stand and denied claims made in a civil lawsuit by actor Anthony Rapp, who says the Oscar-winning star made an unwanted sexual advance in 1986 when Rapp was 14.

Rapp, now 50, testified earlier this month that an intoxicated Spacey – then 26 and acting on Broadway – climbed on top of him at a party at his Manhattan apartment. Rapp, at the start of his own Broadway career at the time, said he was able to ‘swerve my way out’ but that the experience scarred him.

Spacey’s attorney asked him yesterday about Rapp’s suggestion during the trial that Spacey was a ‘fraud’ for not coming out as homosexual sooner.

“To call someone a fraud is to, I guess, say that you think they are living a lie,” the 63-year-old said.

“I wasn’t living a lie. I was just reluctant to talk about my personal life,” Spacey said.

US District Judge Lewis Kaplan dismissed Rapp’s claim for intentional infliction of emotional distress, stating that the claim repeated his allegations of battery against Spacey. Kaplan allowed the battery claim to stand.

Rapp sued Spacey in November 2020 and is seeking $40 million in damages for battery and intentional infliction of emotional distress.