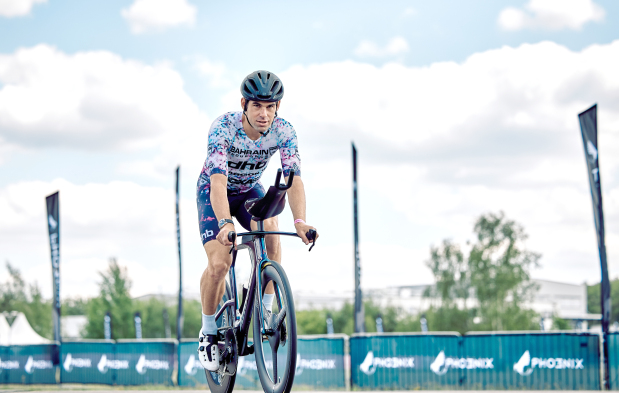 Joe Skipper capped a standout season by winning Ironman Arizona last weekend with a time of 7:46:00.

The Brit exited the 3.8-kilometre swim in eight place, then put the hammer down on the 180-km bike to push to the front, and sealed his win on the marathon.

In a year that featured a fifth-place finish at the Ironman World Championship last month as well as winning Ironman Wales prior, Skipper on short notice also took on the challenge of racing against Olympic and world champion Kristian Blummenfelt at the Pho3nix Sub7 and Sub8 Project where he achieved a sub-7 hour time over the iron distance.

Looking forward to this weekend, five Bahrain Victorious 13 warriors will take on the Grand Final at World Triathlon Championship Series (WTCS) Grand Final in Abu Dhabi to determine who will become world champion.

This is a must-win race for Georgia Taylor-Brown, who stands atop the rankings but by a narrow margin against Flora Duffy.

Cassandre Beaugrand is currently sixth in the world, but a good performance here would catapult her onto the podium.

Vincent Luis is in great form after winning WTCS Bermuda and looking to continue it in his rebound from injury, Tyler Mislawchuk aims to finish in better form, while Kristian Blummenfelt continues sharpening for short course in his campaign for Paris 2024.

Meanwhile, Lauren Parker is lining up to defend her paratriathlon world title to claim a third world championship crown.

The World Triathlon Championship Finals will be held in Abu Dhabi’s Yas Island from tomorrow to Saturday.

It will stage the Elite, U23, Para and Age-Group World Triathlon Championships. The festival is set to welcome thousands of local, regional and international triathletes to the UAE’s capital city and will see world champions crowned across all categories.