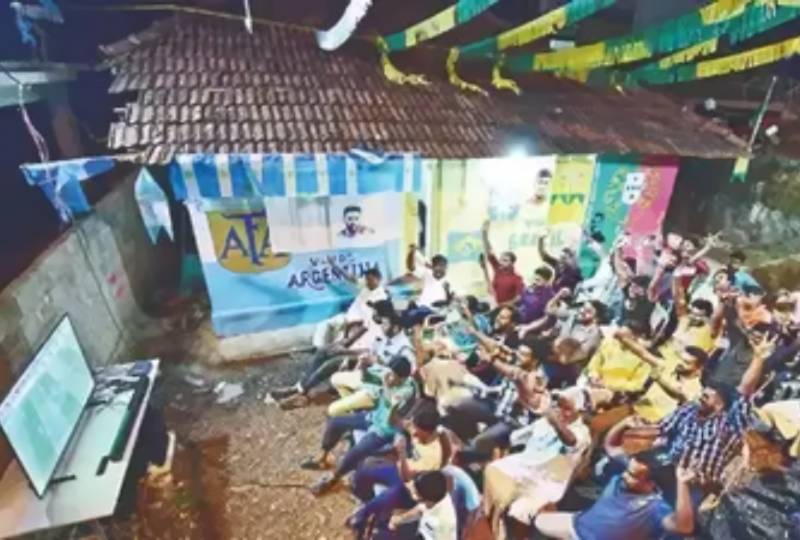 Seventeen friends from the Indian state of Kerala are making headlines after buying a BD10,000 (₹23,00,000) house for the sole purpose of watching the FIFA World Cup together.

Kerala has a reputation of being a football-crazy state in a country that's usually obsessed with cricket. And every four years, when the FIFA World Cup rolls around fans go crazy.

The FIFA World Cup-themed house is bathed in Brazil, Argentina and Portugal colours and the group of friends have adorned their newly-acquired property with portraits of some of the active legends of the game including Lionel Messi and Cristiano Ronaldo.

The group of friends has been watching football matches together for the last 15-20 years and was eager to continue this tradition while also trying to include the younger generation.