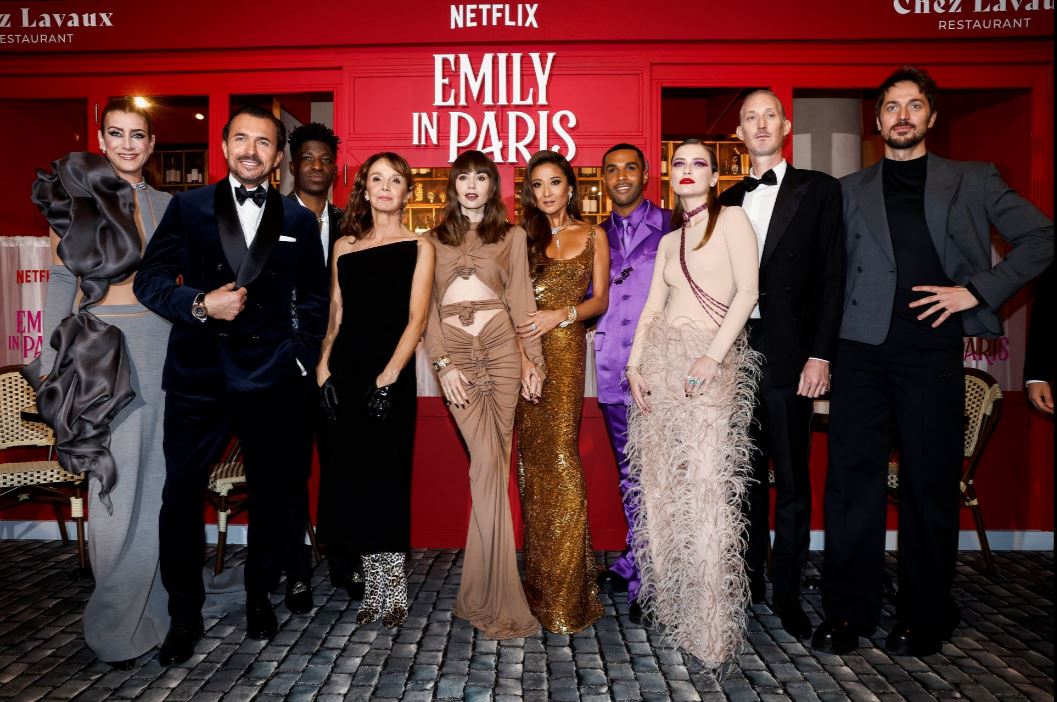 PARIS- The cast of "Emily in Paris" hit the red carpet Tuesday in the city of lights for the global premiere of season three of the popular Netflix series, taking over a theatre on Avenue Montaigne.

"Everybody has some strong stories - it’s not just about Emily any more," Star said.

Slated for release on Dec. 21, the new season of the television comedy stars Lily Collins as Emily Cooper, an American who relocated from Chicago to the French capital for a marketing job.

“Emily this season is a little more grounded in herself, she’s quietly confident, she is a little bit more French,” Collins said.

Watched by 58 million households in its first month, the series debuted at the height of pandemic lockdowns in 2020 and became the most popular comedy on Netflix that year.

There were more crowds on the streets during filming this season, noted Kate Walsh, who plays Madeline Wheeler.

It has drawn ire in France for caricatures of Parisians while inspiring droves of visitors from abroad to the capital for selfies in front of the Eiffel Tower and meals at Emily's favorite haunts.

"Tourism in Paris is doing well, everyone's wearing berets," said William Abadie, who plays the role of a perfumer.

Philippine Leroy-Beaulieu, who plays Emily's French boss, said that while the series pokes fun at the French, it also takes on Americans - but hinted at newfound cooperation between her character and Emily.

One of the characters, Nicolas, seeks to "prove himself as an individual," said Forman, who plays a wealthy son.