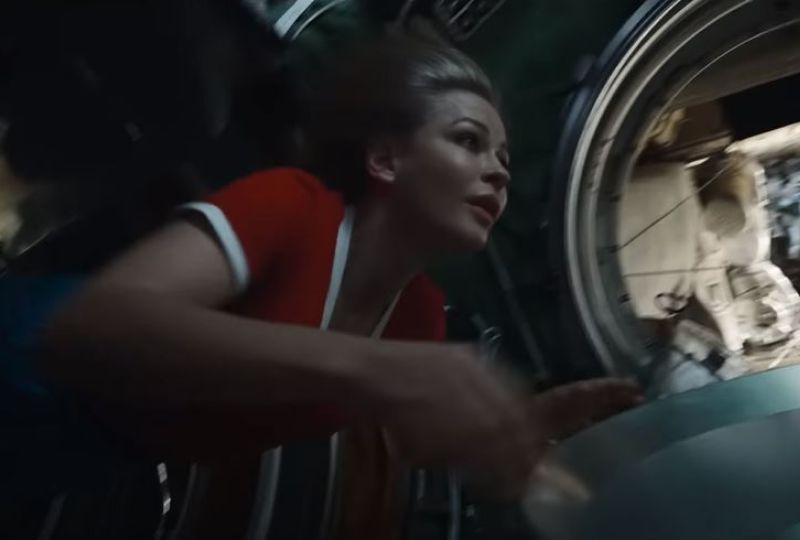 A screengrab from the trailer of the film. (Video credits: YT/ Central Partnership)

'The Challenge', a Russian movie, has become the first film ever to be shot in space, beating Tom Cruise to the historic milestone.

The movie, set entirely in space, made history after actress Yulia Peresild and director Slim Shipenko spent 12 days on the International Space Station in the October of 2022.

Tom Cruise had previously announced plans to shoot a movie in space, partnering with NASA and SpaceX for the endeavour.

'The Challenge' was announced four months after Cruise's announcement but has beaten him to the punch.

Peresild and Shipenko took off from the Russian-leased Baikonur Cosmodrome in Kazhakstan on October 4 last year. Peresild acted with three of the cosmonauts already stationed on the ISS reportedly making cameos. Shipenko worked the camera, while also doing lighting, sound, and makeup for the film.

Talking about the experience, Peresild said, "It was difficult psychologically, physically and emotionally... but I think when we reach our goal, all the challenges won't seem so bad."