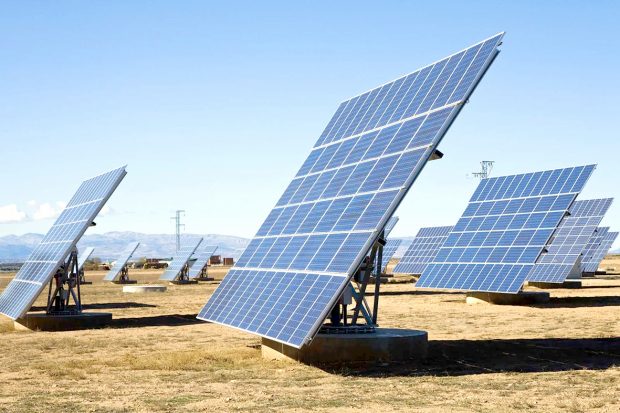 Several big solar panel makers are ramping up production in a boon to clean energy. A key reason: the collapse of material costs that had been elevated for more than a year.

JA Solar Technology Company has a more positive expectation for the solar market this quarter than previously, the company said in a WeChat message, though didn’t specify if it would raise production. Major competitors Longi Green Energy Technology Company and Jinko Solar Coompany, didn’t immediately respond to requests for comment. The China Photovoltaic Industry Association declined to comment.

The world is racing to fight climate change, but accessing solar panels has been a challenge in some markets including the US. A surge of cheap panels would help countries reduce their dependence on fossil fuels and potentially lower power prices.

Solar demand has been growing for several years, but manufacturers were hamstrung in 2021 and 2022 by a rare stretch of increasing material costs for polysilicon – a key material for most panels.

But those problems are rapidly fading. Several new polysilicon factories came online at the end of last year, and costs for the material have dropped by more than a third since mid-November, according to BloombergNEF. And the prices of wafers – the ultra-thin polysilicon squares that are pieced together to make panels – have fallen even more sharply.

Wafer costs fell as much as 21 per cent this week, with some manufacturers cutting activity to as low as 55pc as their profitability is at risk, the China Silicon Industry Association said in a statement.

Polysilicon prices plunged to as low as 145 yuan ($21.10) a kilogram this week, from last year’s high of 306 yuan, the association said in a separate statement on Wednesday.