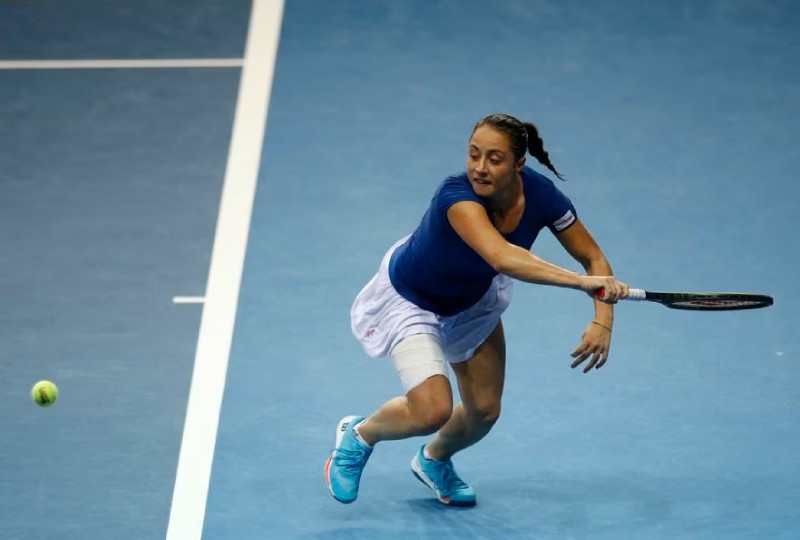 Having slipped from a career-high world ranking of four to 143 due to illness and injury after her Melbourne Park triumph in 2020, Kenin came into the tournament hoping for a big boost before the season's first Grand Slam starting on Monday.

Despite showing glimpses of her top form, Kenin has been plagued by bouts of inconsistency and she surrendered the first set from a strong position before battling back against her Italian opponent in the next to force a decider.

But Cocciaretto, the world number 67, proved too solid for the 2019 Hobart champion Kenin in hot conditions to race ahead in the third set before winning the match in style and reaching the first singles final of her career.

The 21-year-old converted six breakpoints in the contest to expose a potential weakness in Kenin's serve before the American faces twice Australian Open champion Victoria Azarenka in the opening round at Melbourne Park this year.

"It's unbelievable for me to be in the final of such a great tournament, and I'm happy about my performance," Cocciaretto said in an on-court interview. "Kenin is a very good player, I was a junior when she won the Grand Slam, so it's an honour to play against her."

Standing in the way of Cocciaretto and her first title will be American Lauren Davis, who beat Anna Blinkova 6-3 6-3 in the other semi-final, reaching her first final since capturing winning in Auckland six years ago.

Meanwhile, Spaniard Paula Badosa pulled out of her Adelaide International 2 semi-final clash against Daria Kasatkina due to a right thigh injury sustained during her quarter-final against Beatriz Haddad Maia on Thursday.

"Yesterday when I was playing against Bia it was a very tough match, especially physical, so I felt a little bit in my abductor. I felt like I pulled it a little bit," Badosa, who takes on Caty McNally in her Melbourne Park opener, said.

"Today I feel a little bit worse. I have the Australian Open ahead and I hope I can recover for that."

World number eight Kasatkina will meet Olympic champion Belinda Bencic in the final, after her semi-final opponent Veronika Kudermetova withdrew due to a left hip injury.