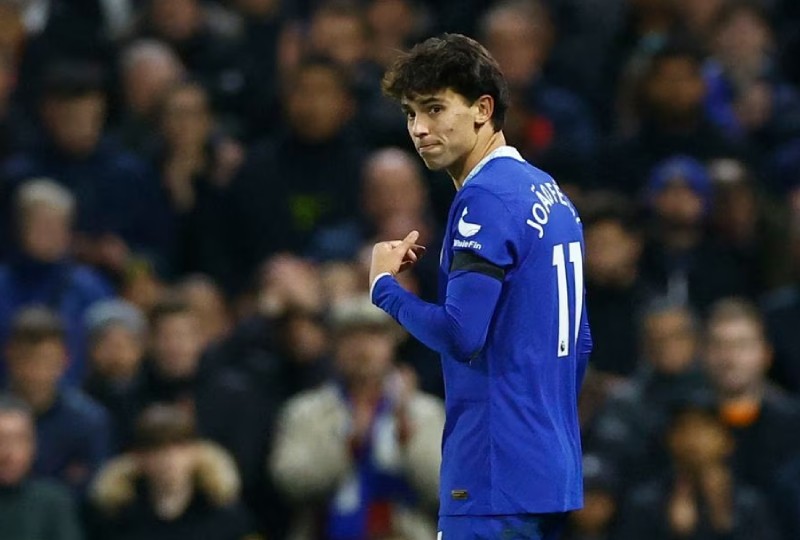 LONDON: Chelsea's Joao Felix endured a nightmare debut when he was sent off in a 2-1 Premier League defeat at local rivals Fulham on Thursday to increase the pressure on manager Graham Potter.

The Portugal forward looked sharp one day after completing a loan move from Atletico Madrid but he was shown a straight red card in the 58th minute for a reckless tackle on Fulham defender Kenny Tete when the score was 1-1.

Fulham made the most of the man advantage when Brazilian forward Carlos Vinicius, standing in for the club's suspended top scorer Aleksandar Mitrovic, put the hosts back in front in the 73rd minute with a clever header.

Former Chelsea winger Willian had put Marco Silva's side in front in the first half with a deflected shot but Potter's team levelled early in the second half through a scrappy goal from close range by defender Kalidou Koulibaly.

Kai Havertz had a late chance to equalise with a stinging effort but Fulham goalkeeper Bernd Leno was equal to it and Marco Silva's side held on to record their first league victory over Chelsea in 17 years.

The win lifted Fulham above Liverpool and up to sixth in the Premier League standings on 31 points after 19 games.

Chelsea, who fell to their eighth league defeat this season and third consecutive loss in all competitions, are 10th in the table on 25 points from 18 matches.

"We started well, we had a really good chance early but then mistakes lead to their goal, we responded well and then the red card changes the game and makes it more difficult for us," Potter told BT Sport.

"We could do better with the goal and that's what cost us."

Potter had no complaints about the red card, describing Felix's challenge on Tete as a "forward's tackle".

Fulham manager Marco Silva was happy with his team's resilience.

"Delighted with the result, pleased with the first half. The second half wasn't at our best level," he said.

"The good thing we can take as a group, even in the second half we didn't perform at our best and we are able to win a football match against a top side even if they are on a bad run."

Potter's side had been humbled 4-0 by Manchester City in the FA Cup on Sunday but made a positive start at Craven Cottage, with Felix looking lively. He cut through Fulham's left hand side to tee up Lewis Hall in the area but the shot was saved by Leno.

Felix had two attempts on goal but Fulham went ahead with the help of two defensive mishaps from Chelsea, Hall giving away possession and Trevor Chalobah deflecting Willian's shot into the net.

Chelsea showed character to quickly respond after the break, Koulibaly pouncing on the rebound after Leno had turned away a shot from Mason Mount.

They lost midfielder Denis Zakaria to injury, however, and Felix to a red card, the 23-year-old wildly lunging at Tete after losing the ball.

Felix, whose loan signing cost Chelsea a reported 9 million pounds ($11 million), will miss the next three league matches against Crystal Palace, Liverpool and Fulham due to suspension.