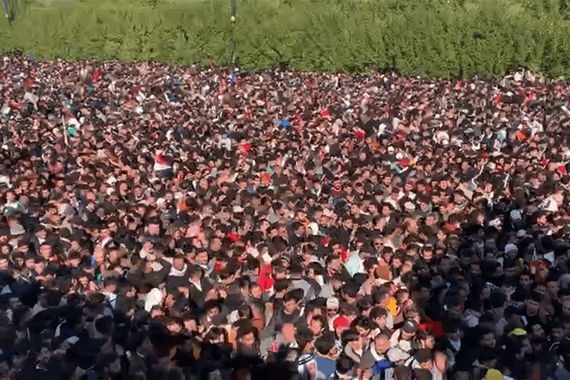 One person was killed and 60 others were hurt in a stampede on Thursday in the Iraqi city of Basra as football fans were proceeding towards the venue for the Arabian Gulf Cup final game.

The stampede happened close to the Jaza'a Al Nakhla Stadium, where the Arabian Gulf Cup final between Iraq and Oman was scheduled to take place.

Teams from Saudi Arabia, Oman, the United Arab Emirates, Kuwait, Qatar, Bahrain, and Yemen were participating in this competition.

The last time the Arabian Gulf Cup was hosted by Iraq was in 1979, when it was held in Baghdad.