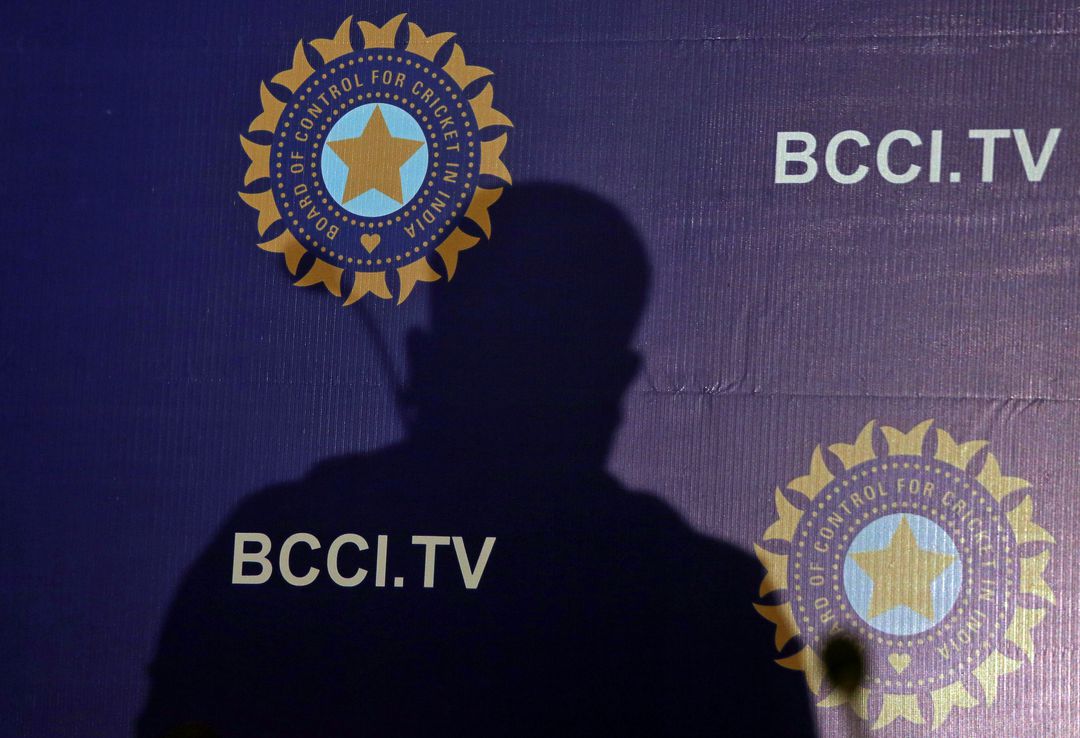 The shadow of a man falls on a backdrop with the logo of the India's cricket board BCCI before the start of a news conference to announce its cricket team's coach, in Mumbai, India, August 16, 2019. REUTERS/Francis Mascarenhas

The world’s most affluent cricket board, Board of Control for Cricket in India (BCCI), got further richer by $572.72 million after unveiling five franchises for an Indian Premier League-style T20 tournament for the women yesterday.

Since 2018, the BCCI has been staging a three-team Women’s T20 Challenge along side the hugely popular IPL for the men and faced demands to start a full-fledged women’s tournament.

The owners of IPL’s Mumbai, Delhi and Bangalore franchises are among the five entities who purchased teams in the Women’s Premier League (WPL), which will be played in March.

The Adani group made the highest bid of approximately $158m to buy the Ahmedabad franchise, while Capri Global Holdings Private Limited agreed to pay $92.84m for Lucknow.

“Today is a historic day in cricket as the bidding for teams of inaugural WPL broke the records of the inaugural men’s IPL in 2008,” tweeted BCCI secretary Jay Shah.

“This marks the beginning of a revolution in women’s cricket and paves the way for a transformative journey ahead not only for our women cricketers but for the entire sports fraternity.”

The BCCI has already sold the tournament’s media rights for the next five years to Viacom 18 for $117m which translates into per-match-value of $870,393.

“This is a historic moment for Indian cricket, and we are delighted to be a part of it,” said Nita Ambani of Mumbai Indians, which also owns teams in men’s T20 tournaments in South Africa and the UAE.