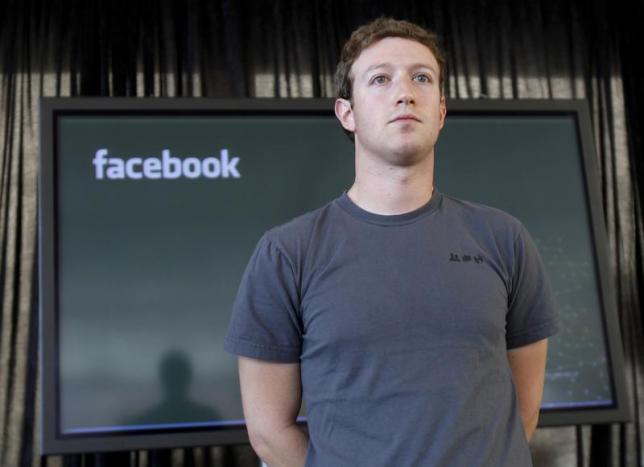 United Nations: A day before he meets Indian Prime Minister Narendra Modi, Facebook CEO Mark Zuckerberg made a call to world leaders at the UN to ensure universal internet access by 2020 to "give a voice to the voiceless and power to the powerless."

Zuckerberg, who will host a town-hall meeting with Modi at his company's sprawling campus in Menlo Park in California today, participated in several engagements at the world body's headquarters on the sidelines of the ongoing UN Sustainable Development Summit.

He called for greater global Internet access during a speech at the United Nations Private Sector Forum yesterday.

He said that when communities are connected, they can be lifted out of poverty.

"Connecting the world is one of the fundamental challenges of our generation," Zuckerberg said adding that wide Internet access "needs to be at the heart of the global development strategy" to address new challenges and needs of the new generation.

Just prior to his speech, Zuckerberg posted on Facebook that internet access is essential for achieving humanity's Global Goals.

"By giving people access to the tools, knowledge and opportunities of the internet, we can give a voice to the voiceless and power to the powerless.

"We also know that the internet is a vital enabler of jobs, growth and opportunity. And research tells us that for every 10 people connected to the internet, about 1 is lifted out of poverty," he said.

"By connecting more people in developing countries, we have an opportunity to create more than 140 million new jobs, lift 160 million people out of poverty, and give more than 600 million children access to affordable learning tools," he said.

A declaration signed by Zuckerberg, Gates and others for the global campaign states that Internet access is essential for achieving humanity's global goals.

The declaration calls on leaders and innovators from all countries, industries and communities to work together to make universal internet access a reality by 2020, as promised in the new Global Goals adopted by world leaders, including Prime Minister Modi, last week.