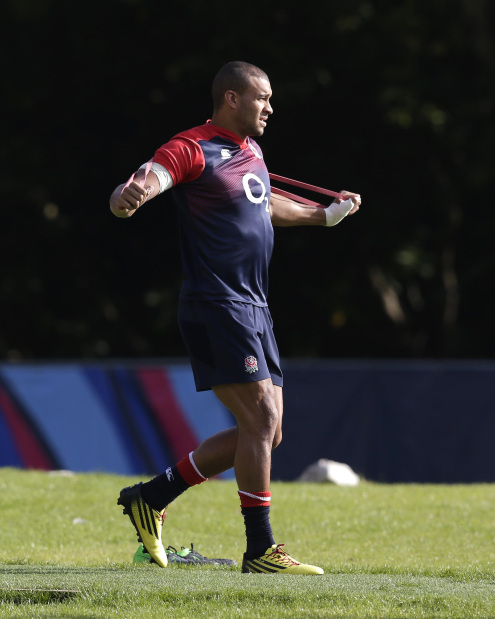 Joseph missed the dramatic 28-25 defeat by Wales at Twickenham with a chest injury. Rugby league convert Sam Burgess started instead.

Burgess now finds himself on the bench for a match England must win to stay in contention in Pool A.

Joseph returns at outside centre, with Brad Barritt moving back across to his more familiar inside centre position.

Owen Farrell, who landed all of his goal-kicks against Wales, retained his place at fly-half, with George Ford again on the bench.

Burgess is now likely to be used as a second-half impact replacement -- the role he filled in England's opening 'Pool of Death' win over Fiji.

In the pack, No 8 Ben Morgan and lock Joe Launchbury have replaced Billy Vunipola and Courtney Lawes respectively because of knee injuries.

Nick Easter, called up into the squad this week after Vunipola was ruled out of the rest of the tournament, is on the bench.

This is a third World Cup for Easter, a member of the England side that lost the 2007 final to South Africa in Paris.

George Kruis is set for his first World Cup matchday experience after being included as a second row replacement.

If Wales get a bonus-point win over Fiji on Thursday, England will have to beat Australia to maintain their hopes of a quarter-final place.