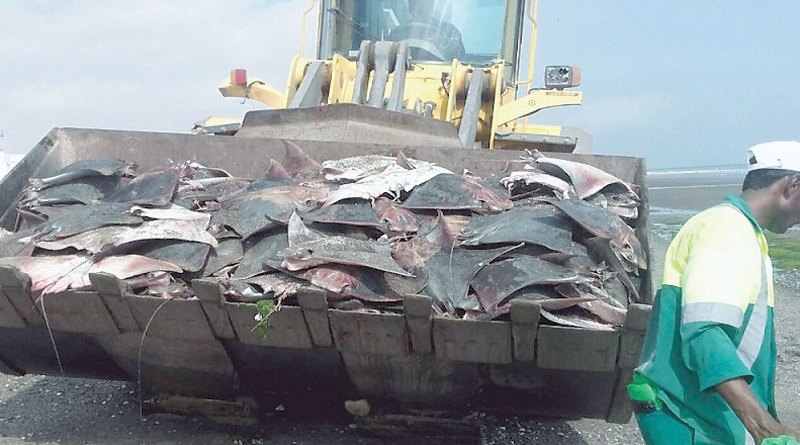 Muscat: A large quantity of dead fish washed ashore along the Seeb coastline over the past days.

The Muscat Municipality deployed teams of workers to clean up the beaches, without giving details about the causes which might have killed the fish.

“The water desalination companies in Barka have been affected due to the presence of phytoplankton in seawater, also called the red tide phenomenon”, noted Oman Observer.

An official statement has yet to be issued to clarify the causes of fish deaths.