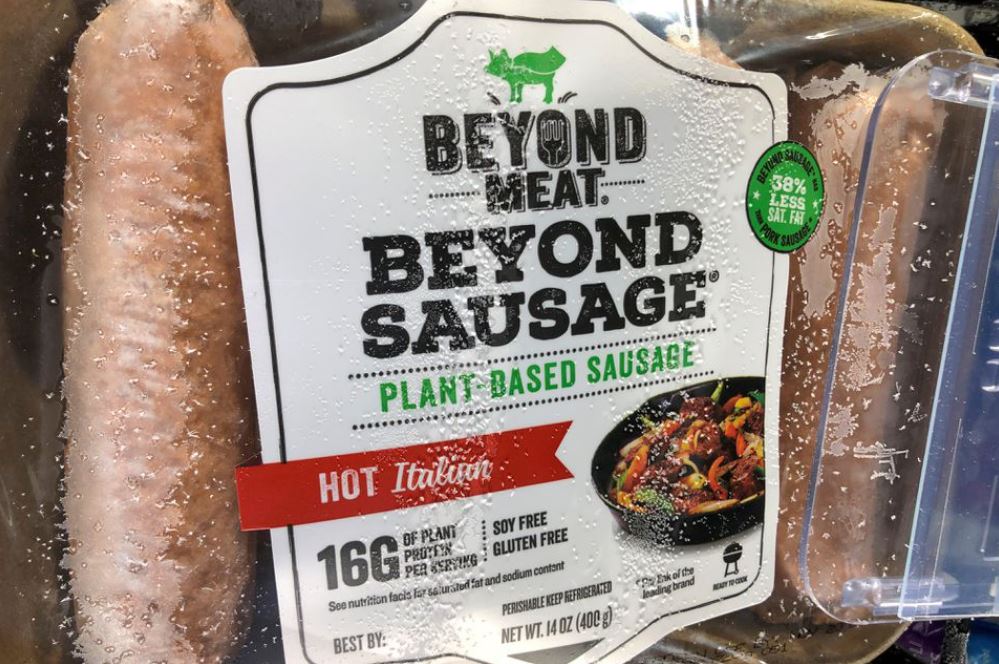 Vegetarian sausages from Beyond Meat Inc, the vegan burger maker, are shown for sale at a market in Encinitas, California, U.S., June 5, 2019 via Reuters

BEIJING: Beyond Meat said on Thursday it has launched an online store in China on JD.com's eCommerce platform, as the plant-based meat maker aims to boost sales in the world's biggest meat market where consumer interest in meat alternatives is low.

U.S.-based Beyond Meat said in a statement the JD.com store will initially help expand the availability of its products in four major cities, including Beijing and Shanghai, and eventually in 300 cities across China.

JD.com's 18 cold chain warehouses will provide delivery of Beyond Meat products to consumers within 48 hours of orders being placed, it said.

But expanding into the retail segment by selling on JD.com will help it reach a wider audience in the country, which is increasingly purchasing fresh food online.

Online sales in China of fresh food, into which category Beyond Meat's products fall, are expected to top 300 billion yuan ($46.40 billion) this year, an increase of 18% from 2020, according to consultancy iiMedia Research.

Beyond Meat's direct retail foray follows a similar move by Nestle in December, which launched a range of plant-based burgers, sausages, nuggets, and dishes suited to Chinese cooking.

The push by global firms comes even as consumers in China are not exactly devouring plant-based meat.

"Currently it is a solo dance by the manufacturers, the consumers are not joining the tango," said Zhu Danpeng, an independent food industry analyst.

Chinese consumers are deterred by concerns over food safety as well as taste, said Zhu.

Nevertheless, the promise of a market with 1.4 billion people is enticing for the companies.

Beyond Meat, which has set up its first manufacturing plant outside of the United States in the eastern Chinese city of Jiaxing, near Shanghai, declined to comment on its sales in the market so far.

A 0.454 kg twin pack of plant-based beef will be sold at 210 yuan on the company's JD store. By comparison, one kg of good quality domestic beef costs about 140 yuan on JD's fresh food platform.

Liu Yiping, a 45-year-old businessman in Beijing, said he likes the sandwich with Beyond Meat at Starbucks.

"I tried it for fun as I wonder how the taste will be," he said. "It is not bad but still won't make me try the second time as it is not cheap."

Beyond Meat is also adding Beyond Pork, created for the pork-loving Chinese market, to its offering on JD.com.

It will also sell ingredients that are used in the cooking of local dishes such as stir-fry, dumplings, mapo tofu, zhajiang noodles and lion's head meatballs to appeal to Chinese consumers.