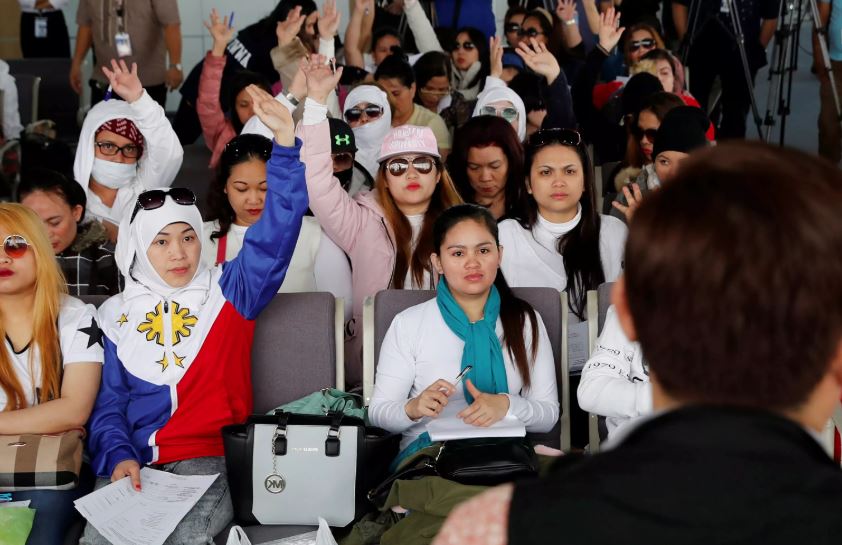 Filipino workers who were repatriated from Kuwait take part in a dialogue with a Department of Labour official at Ninoy Aquino International Airport in the Philippines on February 12, 2018. (Reuters File Photo)

Kuwait City: A bilateral meeting will reportedly be held late this month to discuss the issues of Filipino expatriates and the implementation of the agreement which was signed in this regard between Kuwait and Manila.

Diplomats from Kuwait and the Philippines will take part in the meeting that will focus on details of the deal and the contracts binding domestic helpers to their employers.