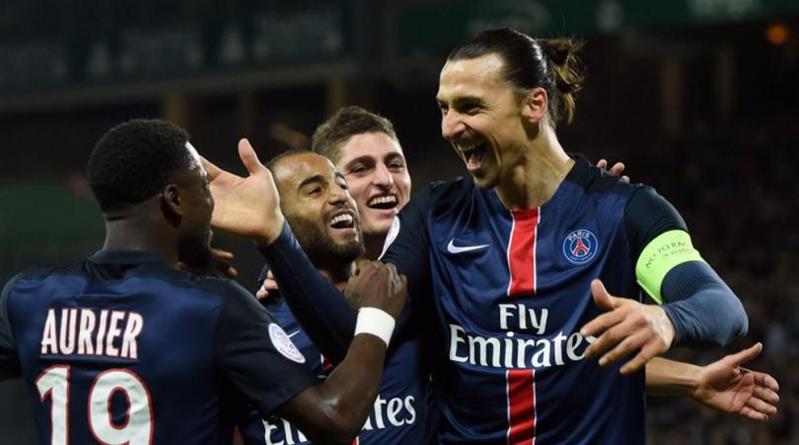 Paris St Germain brushed aside Lorient 3-1 in Ligue 1 on Wednesday to set a new record of 33 unbeaten matches in the French top flight.

Edinson Cavani fired PSG ahead after six minutes before Raphael Guerreiro equalised for the visitors but Zlatan Ibrahimovic and Layvin Kurzawa scored second-half goals to seal victory for PSG.

They are now 24 points clear of second-placed Monaco and look certain to retain the league title.

PSG have dominated domestically since QSI took ownership, winning the league title for the past three years and completing the French treble in 2015.

They reached the Champions League quarter-finals last season and play Chelsea this month in the round of 16 of this year's most prestigious European club competition.

PSG broke the record set in 1994-95 by Nantes who were unbeaten for 32 games from the start of the season before losing 2-0 to RC Strasbourg.

The team managed by former France defender Laurent Blanc have not lost a league game since being defeated at Bordeaux in March, 2015.

PSG have lost one game this season, at Real Madrid in the Champions League group phase.