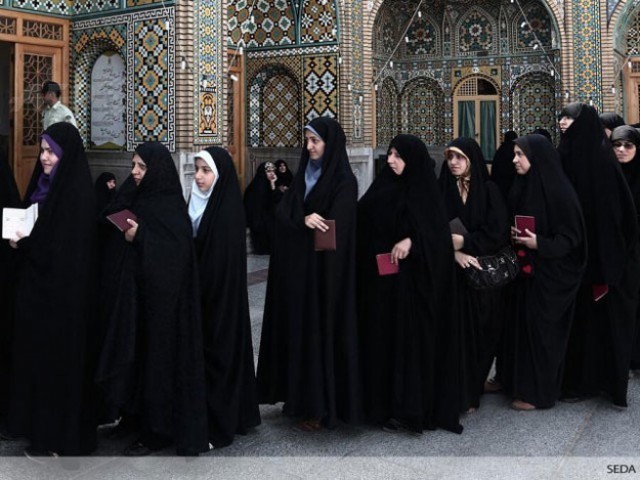 Rights violations against women is on a rise in Iran. (AFP File Photo)

Geneva: Iran must reform its laws that allows girls as young as nine to be executed for crimes or forced into sexual relations with older husbands, a UN watchdog said on Thursday.

Iran continues to execute children and youth who committed a crime while under 18 years of age, in violation of international standards, the UN Committee on the Rights of the Child said, after its 18 independent experts reviewed Iran and 13 other countries.

"The age of criminal responsibility in Iran is discriminatory, it is lower and lower for girls, that is to say nine lunar years while for boys it is 15. At nine a girl can marry, even if the law sets the age at 13," said Hynd Ayoubi Idrissi, a panel member.

Nine lunar years in the Iranian calendar is equivalent to eight years and nine months, a UN spokeswoman said.

The age for boys having criminal responsibility is 15, but the age for girls at nine is "extremely low", Idrissi said.

The experts deplored that Iran "allows sexual intercourse with girls as young as nine lunar years and that other forms of sexual abuse of even young children is not criminalised". They called for the age of sexual consent to be raised to 16.

"The committee is seriously concerned about the reports of increasing numbers of girls at the age of 10 years or younger who are subjected to child and forced marriages to much older men."

Girls suffered discrimination in the family, in the criminal justice system, in property rights, and elsewhere, while a legal obligation for girls to be subject to male guardianship is "incompatible" Tehran's treaty obligations, the panel said.

There were no figures for the number of executions of children or juvenile offenders, nor those imprisoned, due to secrecy surrounding the cases, he added.