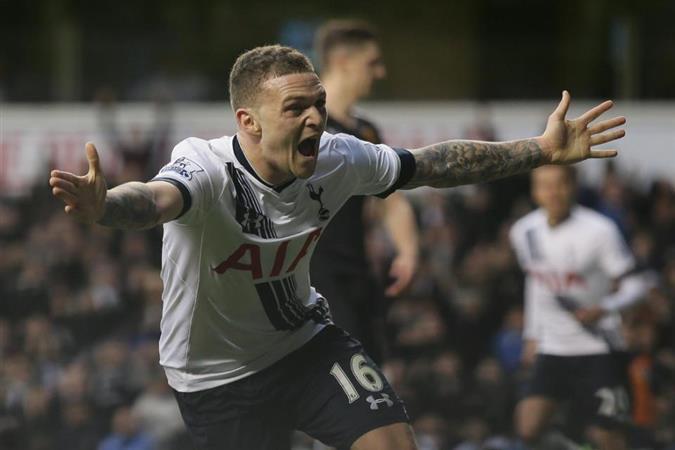 London: Tottenham is providing another element of unpredictability to a Premier League title race defying all expectations.

For the first time in the post-1992 Premier League era, Tottenham is second in the standings in the second half of the season after edging Watford 1-0 on Saturday.

Rarely since winning the title for the last time in 1961 has Tottenham looked capable of winning the championship. But a fourth successive win moved Mauricio Pochettino's team only five points behind Leicester, which is providing the greater shock this season by occupying top spot.

"You can see in their eyes, the feeling, the energy, that they believe," Pochettino said. "In football belief is the most important word. If we believe, anything can happen."

Tottenham controlled the game at White Hart Lane and unsettled Watford throughout without providing a sustained goal threat.

The breakthrough came in the 64th minute when Dele Alli — the 19-year-old midfielder proving to be a $7-million bargain buy — crossed across the face of goal for Trippier to tap in at the far post past former Tottenham goalkeeper Heurelho Gomes.

The defender, playing his first season for Spurs, last scored for Burnley more than two years ago. But he ensured Tottenham would not drop points on a quiet day for Harry Kane in front of goal.

"It was really difficult to stop the attacks of Tottenham," Watford manager Quique Sanchez Flores said as his team dropped to 10th. "They had the ball from the beginning, played really well and used the space amazingly."

The primary target for Tottenham, which has only lost three times in this season's 25 league games, is returning to the Champions League by finishing in the top four. The only time the north London club played in Europe's elite competition was in the 2010-11 season when it was knocked out in the quarterfinals by Real Madrid.