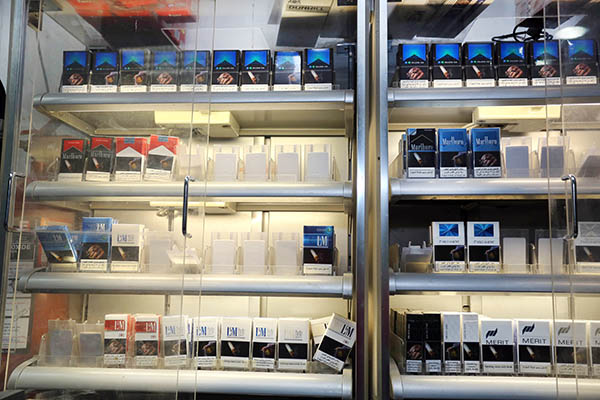 Several popular cigarette brands sold out at shops across Bahrain yesterday, including at this one in Saar
Bahrain: A cigarette shortage was reported by shops and supermarkets yesterday after it was confirmed that Bahrain had raised import duty on alcohol and tobacco – a move that is expected to drive up prices in the market. Information, Parliament and Shura Affairs Minister and official government spokesman Isa Al Hammadi said the decision was made by Finance Minister Shaikh Ahmed bin Mohammed Al Khalifa and should have been implemented on Friday .