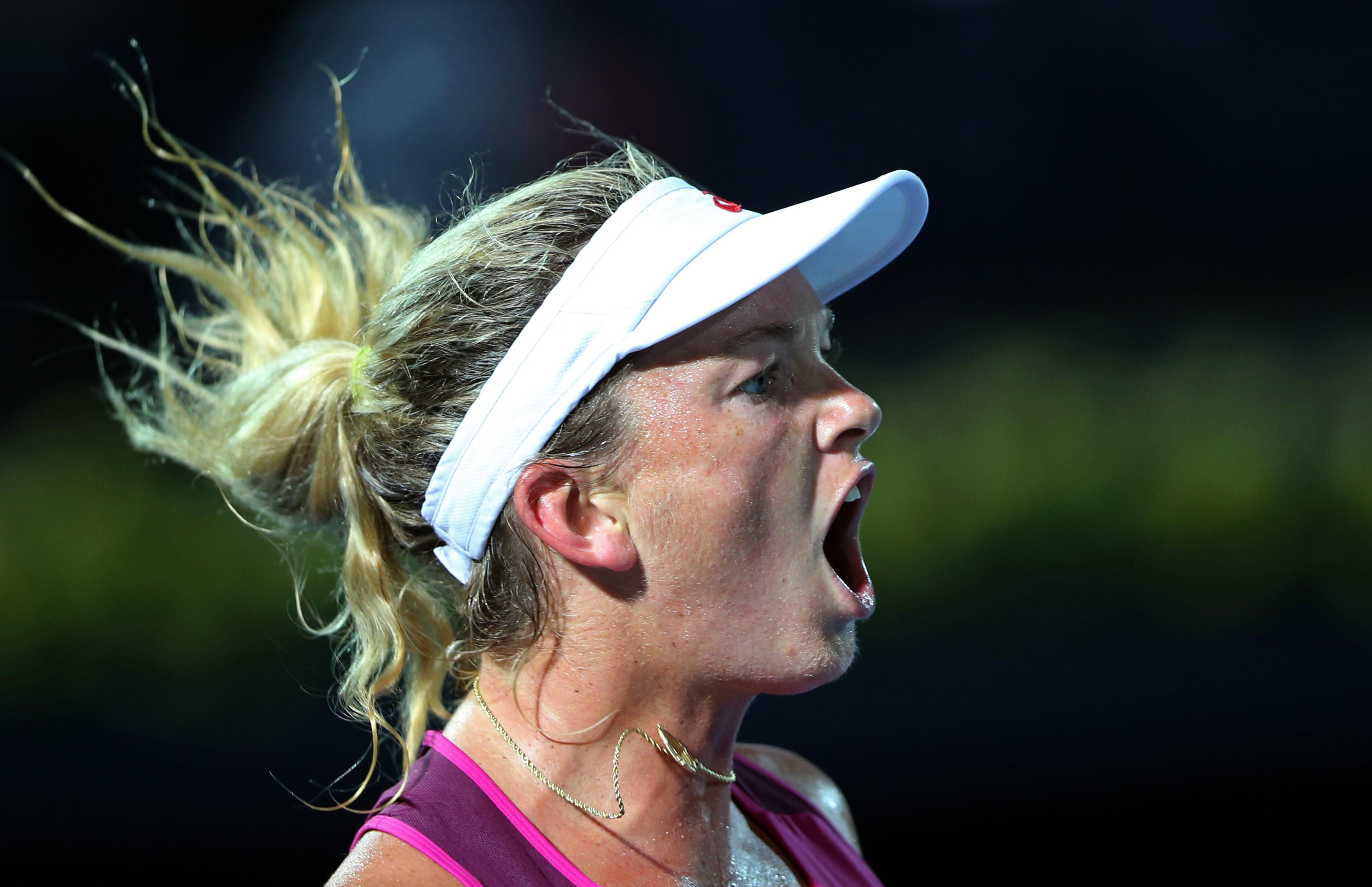 Vandeweghe reacts during her match against Pliskova.

DUBAI: American CoCo Vandeweghe won her first match of the year with a 7-6 (5), 6-1 upset against sixth-seeded Karolina Pliskova in the first round at the Dubai Tennis Championships on Monday.

The 46th-ranked Vandeweghe, who ended last season with a left ankle injury, had first-round exits at three previous tournaments this season — Auckland, Sydney and the Australian Open.

"Yeah, first win of the year," Vandeweghe said. "It was very tough going into the Australia swing because I finished last year injured."

While the first set was close, Vandeweghe, an aggressive player with a power serve, dismantled her Czech opponent in the second set, winning the final six games in a row.

"She's a very dangerous player," Pliskova said. "You never know what's gonna come from her side."

Earlier, American Madison Brengle had a successful Dubai debut by coming from behind in both sets to beat Russia's Ekaterina Makarova 6-4, 7-5.

Brengle trailed 2-0 in the first set, and 4-0 in the second against Makarova, a Dubai quarterfinalist last year.