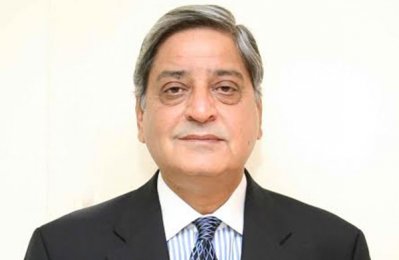 The regional petrochemical industries are helping lift major stock markets in the Middle East, according to organisers of ArabPlast, one of the biggest three global plastics and petrochemical shows in the world.

Although some upstream oil operators have posted results that have missed expectations, their derivative segments and other petrochemical businesses are seeing the upside of the oil price erosion revealed Satish Khanna, general manager, Al Fajer Information and Services, co-organisers of ArabPlast, quoting a report by Petrochemical Update.

The year 2015 have become a bright spot in the books of many petrochemical companies as falling international crude oil prices have alleviated the pressure on their margins added the international report.

ArabPlast 2017 organisers said that the petrochemicals industry majorly affect the stock index across the world, including the GCC. “The petrochemicals companies are lending strength in the corresponding stock markets they are listed in,” added Khanna.

According to Shell, global demand for ethylene has grown by almost 5 per cent each year over the past 25 years, a level of growth which is over three times higher than the increase in demand for crude oil. “As the global ethylene cost curve flattens, experts expect this to be a positive tailwind for naphtha-based producers, especially as they enjoy a broader production portfolio of co-products than their ethane-based peers,” said Khanna.

Investments in plastics and petrochemical sector are on the upswing defying the current global market conditions. The Gulf petrochemicals industry continues to be the world’s largest producer and exporter, offloading the majority of its output to more than 150 countries worldwide.

The forthcoming edition of ArabPlast is expected to record an expansion of 18 per cent compared to the 2015 edition. Organisers are confident that a larger number of petrochemical companies will take part in the exhibition in 2017. Khanna attributed that to their need of exploring all possible channels to open up new markets.
“ArabPlast is a global platform which helps participants interact not only with regional petrochemical players, but with trade buyers from across the globe. The exhibition now serves as one of the major events on the global petrochemicals agenda,” he said.

Over the next five years, the Gulf’s market share of the global petrochemical industry will jump to over 17 per cent, according to an industrial study. GCC plastics industry is becoming more vibrant as the demand for the new products is growing with rapid speed in the region.

Khanna said that petrochemical industry in the GCC began to evolve with the establishment of QAPCO in 1980. KSA incepted SABIC Methanol in 1983, Bahrain launched GPIC Methanol in 1985 and it got fuelled with Borouge Petrochemicals in 2002 and Oman Methanol Sohar in 2005. – TradeArabia News Service