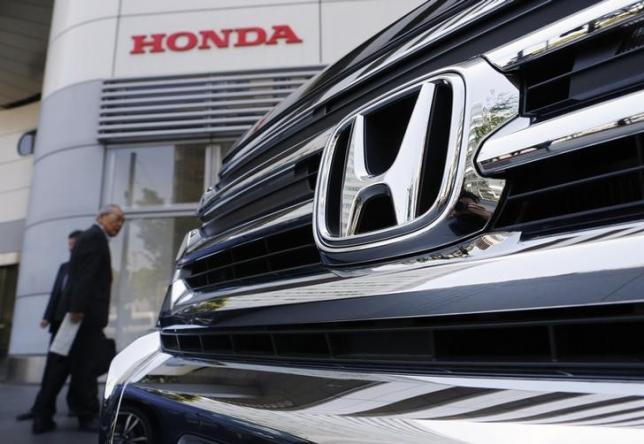 Honda Motor Co. said Thursday that its Japan sales target for the first year is just 200 vehicles, all of them through leasing to government organisations, such as the Environment Ministry, and businesses. Honda declined to identify the businesses.

All the world's major automakers are working on fuel cells, which are being used to a limited extent in Japan, mainly through leasing.

They are super-clean, running on the energy created when hydrogen stored as fuel combines with oxygen in the air and so emits only water.

Honda, which also makes the Civic sedan, Odyssey minivan and Asimo robot, is a pioneer in fuel cell technology.

Its fuel cell became the first certified by the U.S. Environmental Protection Agency and the California Air Resources Board in 2002.

The new model has a cruise range of 750 kilometres (470 miles) on a full tank, which is at the top for a sedan, according to the Japanese automaker.

Last month, Honda's president said two-thirds of the company's sales will be zero-emissions, including fuel cells and electric vehicles, hybrids and plug-ins by 2030.