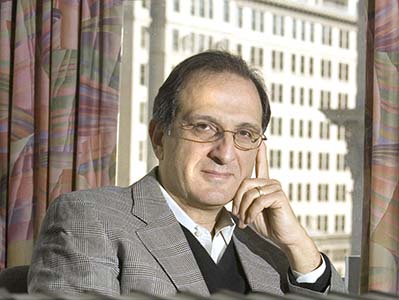 This past week, the Pew Research Centre released the results of a massive poll of Israeli public opinion – focusing on their attitudes towards religion, identity, values, and political issues facing their country.

In the days that followed the release, a number of articles appeared in Israel and the US commenting on the findings. The strangest and most troubling of them was a piece titled “Deep Rifts Among Israeli Jews Are Found in Religion Survey”. It was printed in The New York Times on March 8, 2016.  Written by Isabel Kershner, the article was a transparent effort to combine straight reporting with tortured apologia.

Kershner began the piece with a simple recitation of a few of the poll’s findings: “A majority of Israeli Jews marry within their own religious or secular groups” and the different sub-groups “largely separate social worlds” and have “starkly contrasting positions on many public policy issues” like whether West Bank settlements contribute to Israel’s security.

Kershner’s straightforward reporting ended, however, when she came to one of the poll’s more disturbing findings that “nearly half of Israeli Jews said that Arabs should be expelled or transferred from Israel”. Unable to allow that result to stand on its own, in the same sentence, Kershner added “although Israeli pollsters found the wording of the question problematic”.

The addition of that phrase was a classic example of deflection – a device often used in The New York Times’ articles to sow doubt or confusion among readers so as to soften the blow of facts that are damaging to Israel.

Here’s how it works – first the “fact” is stated. Then it is quickly followed (usually in the same sentence) by an unsubstantiated remark that questions the “fact”. The reader is then left confused.

Kershner didn’t get around to explaining exactly what was “problematic” about the wording of the poll question until she meandered for several paragraphs discussing other results from the poll.

Only then did she return to the “transfer” issue, devoting the last full one-quarter of her piece to quotes from Israeli pollsters telling us that “the phrasing of the question is very blunt” or that it is possible that Israeli Jewish respondents may have understood the question to imply that Arabs would “voluntarily” leave or be compensated for leaving (as if that would somehow make it better?).

Kershner quoted another pollster who agonised over the transfer question, saying “I would feel uncomfortable incriminating the Israeli public based on one question” adding her fear that this “one question” would “’be used as a weapon’ by Israel’s critics”.

Actually, the question was quite clear.  And it wasn’t the only question in the poll in which Israelis displayed troubling views. And, while I might quibble with the term “weapon”, it would be irresponsible not to raise serious questions about what this poll reveals about racism in Israel.

First let’s look at the “problematic” question and ask whether it was too vague, too blunt, or too unclear. Here is what Israelis were asked: “Do you agree or disagree with this statement ‘Arabs should be expelled or transferred’ from Israel?”  In response to this direct question 48 per cent of Israeli Jews agreed, while 46pc disagreed. Among Israelis who are religious and those who received a Jewish education, two-thirds agreed with the idea that Arabs should be expelled or transferred.

This is not the only disturbing finding in this poll. Israeli Jews were also asked if they agreed with the statement “Jews deserve preferential treatment in Israel” and 79pc agreed – including well over 95pc of those who are religious and those who received a Jewish education.

The bottom line is that Israeli political culture has become increasingly intolerant. With 8 in 10 Israeli Jews supporting preferential treatment for themselves at the expense of the 20pc of the population that is Arab and with almost one-half of Israeli Jews calling for Arab citizens to be expelled or transferred – we can only conclude that this is a society and a political culture that is in trouble.

This dangerous reality needs to be confronted honestly and directly. Whitewashing this situation only allows the danger to grow. The New York Times has done Israelis, Palestinians, and its readers a disservice.