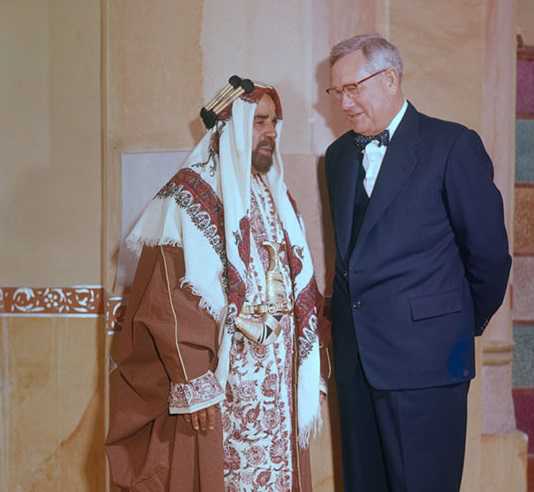 One of the images at the exhibition

AN exhibition about the early years of Bapco continues at the Bahrain National Museum.

The company has been a cornerstone of Bahrain’s economy and society since its inception in 1929.

With contributions that exceed that of the oil industry, Bapco has enabled the country to capitalise on its fossil fuel wealth, and placed Bahrain strategically on the global energy market.

The exhibition is dedicated to the life and achievements of Milton H Lipp (1895-1970) who was one of many men who had an impact on Bapco during its early years.

Serving as the general manager from 1939 to 1942, then as resident vice-president from 1957 to 1960, the company accomplished a number of milestones that shaped the history of oil in Bahrain.

His work was instrumental in developing the company’s profile, and the relationships he established with the rulers and people of Bahrain are a testament to the strong relations between Americans and Bahrainis.

The collection presented in the exhibition is a generous donation from the Lipp family to Bapco.

The exhibition will remain open every day, except Tuesdays, until February 29.