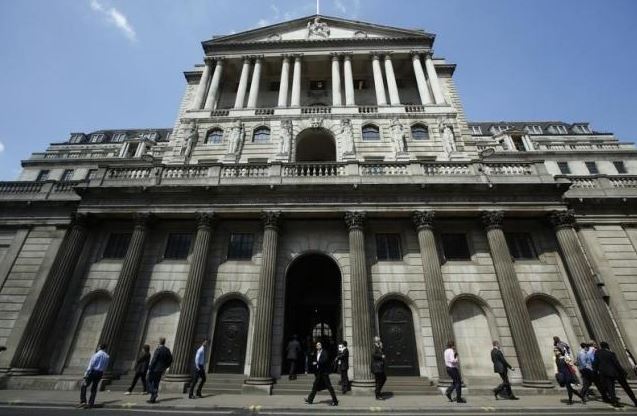 London: The Bank of England has voted to keep its main interest rate on hold, it said Thursday, faced with a weak growth outlook at home and abroad.

The move by the Monetary Policy Committee to keep borrowing costs at 0.50 per cent, where they have stood for seven years, comes a day after the US Federal Reserve also left rates unchanged.

"At its meeting ending on 16 March... the MPC voted unanimously to maintain Bank Rate at 0.5 per cent," the Bank of England said in published minutes.

The BoE also maintained the amount of cash stimulus, or quantitative easing (QE), pumping around the British economy at £375 billion ($540 billion, 478 billion euros).

"The MPC's decision to leave interest rates on hold... was unsurprising given the softness of recent activity indicators and heightened uncertainty about the economic outlook," said Vicky Redwood, chief UK economist at Capital Economics research group.

Britain's finance minister George Osborne on Wednesday said that the country's economy was set to grow slower than expected this year amid turbulence in financial markets.

And on Thursday, the BoE repeated its view that "there appears to be increased uncertainty surrounding the forthcoming referendum on UK membership of the European Union".

Osborne on Wednesday warned that any "Brexit", or departure from the European Union, would risk damaging the nation's economic recovery, ahead of the June referendum.

His comments came as Britain unleashed more austerity in its latest annual budget and cut its growth outlook, blaming the impact of global market turbulence rooted in China.

Britain's economy is set to grow by 2.0 per cent this year, down from a November estimate of 2.4 per cent, Osborne said.

The chancellor pointed to a "dangerous cocktail of risks" including "turbulence in financial markets, slower growth in economies like China, and weak growth in the developed world".

The Federal Reserve meanwhile on Wednesday cut its outlook for the US economy and kept its interest rate policy unchanged, citing the impact of the global slowdown and turmoil in world markets.

The ECB last week fired off a new volley of shots in its ongoing battle to avert deflation in the euro area and jumpstart economic recovery in the region.

The ECB slashed already record-low interest rates, said it would pump massive new sums into the banking system and, for the first time, would start buying corporate bonds.

"Central banks have been a key focal point for the markets over the last week, with particular attention being paid to their communication more so at times than the policy actions themselves," said Craig Erlam, senior market analyst at Oanda trading group.