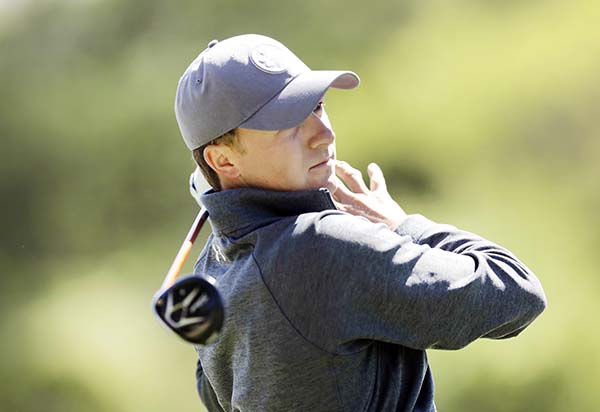 As in his 3 and 2 triumph over Jamie Donaldson at Austin Country Club on Wednesday, Spieth got off to a quick start and never trailed.

He went 3 up after birdies at the third and fifth, maintaining that cushion until his lone setback of the day, a double bogey at the par-three 11th.

It proved only a hiccup, as Dubuisson failed to notch a single birdie and lost the final three holes of the contest.

“Been able to flight the ball nicely,” Spieth said. “I had one bad swing on 11, but really played solid golf.

“Really thought I’d be five or six up at the turn, and Victor made a couple of long putts to tie the holes.

“But that’s what he does best. Very pleased to get today done with.”

Eighth-seeded Dustin Johnson bounced back from an opening day defeat to beat Thailand’s Kiradech Aphibarnrat 5 and 4.

Johnson birdied two of the first four holes and led after every hole.

Kiradech was slow out of the blocks with bogeys at the first two holes. After taking the seventh hole with a par he was just 1 down, but Johnson won the next four.

World number two Jason Day, who hurt his back in a 3 and 2 victory over Graeme McDowell on Wednesday, teed off on schedule and was 2 up through nine against Thailand’s Thongchai Jaidee.

“In match play, momentum is always nice,” said Johnson, who won five of the first eight holes and the first three holes of the back nine with birdies at 10 and 11 and a concession on 12.

“Today I got up early and just never let go,” said Johnson, who with his 4 and 3 victory over Marcus Fraser on Wednesday has played just 27 holes in his first two matches.