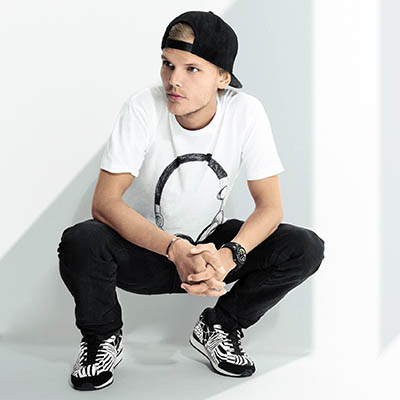 DJ and music producer Tim Bergling will perform one of his last live shows this weekend in Bahrain.

The Swedish artist announced his retirement from touring in an emotional message to his fans yesterday.

He later tweeted that his “first and final performance in Bahrain” will be on Saturday ahead of the night race on Sunday.

“On my way to the last show in Dubai on Friday and then Bahrain for the first and last show on Saturday,” he said on Twitter.

“In Bahrain, I’m joining the Formula One and Bahrain Grand Prix for an included show with the race.”

In the message posted on his official website, Avicii said he will continue to make music but decided that the “2016 run will be my last tour and last shows”.

The 26-year-old said he realised he needed a change from his globe-trotting lifestyle, saying he yearned “for the life of a real person behind the artist”.

The electronic musician, DJ, remixer and record producer is best-known for songs such as Hey Brother, Addicted To You and Wake Me Up.

His four-time platinum track, Wake Me Up, hit number one in 81 countries and became the most streamed song of all time on Spotify with more than 300 million plays, while racking up 2.6 billion international streams and 600m combined YouTube views.

His new single Broken Arrows, from his most recent album Stories, has achieved sales of more than 1.5m since its release late last year.

Avicii will continue to play live shows through the end of August and is expected to release his third studio album sometime this year.

Meanwhile, for the first time entertainment will begin tomorrow with an Arabic concert featuring Moroccan singer Saad Lamjarred. Mr Lamjarred is one of the most popular artists in the Arab world today. In 2009, he released his first single WAADINI with a music video shot in California.

His first album in 2012 was a huge success, which saw his popularity skyrocket.

In 2015, another hit single earned Mr Lamjarred a Guinness World Record with 100m views on YouTube within three
months of release.

The Jamaican-born star, who is an inductee into the Rock and Roll Hall of Fame, is the only living musician to hold the Order of Merit, the highest honour that can be granted by the Jamaican government.

He is best known by music fans internationally for chart-busting songs such as Wonderful World, Beautiful People, Many Rivers to Cross, You Can Get It If You Really Want, The Harder They Come, Reggae Night and Hakuna Matata and his covers of Cat Stevens.

Axwell and Ingrosso performed together in 2014 at the June 8 Governors Ball Music Festival in New York.

The performance debuted music from a new album they announced to release under the name Axwell /\ Ingrosso.

Listed in the top 20 DJs in the world according to DJ Magazine, the world famous pair, are the masters of massive global hits such as Don’t You Worry Child, Save the World and Leave the World Behind.

They are best known for tracks such as chart topping single Sun is Shining, This Time and On My Way.

All Formula One 2016 tickets are for three-day access to the Grand Prix weekend, including all the racing and off-track entertainment and concerts.

Tickets can be purchased at the BIC stands in Bahrain City Centre or Seef Mall in Seef district, online www.bahraingp.com or by calling the BIC Hotline on 17450000.