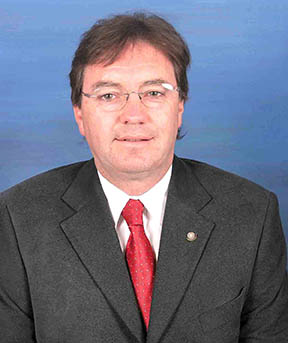 DO you drive in Bahrain?

It is normally a frustrating and exasperating experience. As someone who has the luxury of working from home I generally do not leave the serenity of Amwaj to head into town much but when I do it is during the day and outside the rush hour period.

On Thursday, I had to head into Seef for a business appointment, but even mid-morning there were traffic jams everywhere.

The cause was that old chestnut, a minor bump. Two cars have a minor fender bender with little damage and no injuries right in the middle of the highway or, in this case in the middle of a busy roundabout.

The traffic police tell us that if there are no injuries we should move the cars to a safe place and then go to the police station to register the collision.

Despite this almost always the drivers get out, have a conversation and discuss the incident while leaving their cars at the exact scene, causing major tailbacks.

Could the traffic police maybe invest in an advertising campaign to tell drivers what to do? Could this be taught at driving school as part of the written exam?

Apart from that the sheer number of cars on Bahrain’s roads nowadays are almost too much for the infrastructure. When I arrived in 1992 the population was about 550,000 and there were not so many cars on the roads.

It was relatively easy to drive from A to B even in rush hours. Since then I think the figures suggest that on an average there are more than 1,000 new cars registered every month and certainly not that many being scrapped.

Bahrain is a small country and despite all the lovely new roads and interchanges it just cannot handle this volume of traffic anymore. And then we have thousands of cars that flock across the causeway every weekend to visit Bahrain.

I really try hard to avoid leaving home from Thursday to Sunday as it upsets my blood pressure. A couple of weeks ago I had to drive from Seef to Amwaj at about 4pm, and a journey that should take me about 30 minutes took over 90 for about 20 km, Grrr...

So it was with great interest that I read in the GDN about plans for a light railway network to be built in Bahrain. There is no doubt that the Metro in Dubai has made travelling around there much easier and has taken a significant number of cars off the road. The same would hopefully happen in Bahrain.

I really hope that unlike many other projects over the years this one gets off the drawing board and into reality, and soon, please.