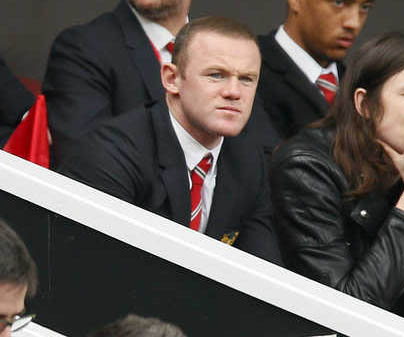 LONDON: England captain Wayne Rooney believes he still has “a few years left” playing for his country, dispelling speculation that the 30-year-old Manchester United forward could soon bring the curtain down on his international career.

A knee injury has kept Rooney out of action since February and the emergence of strikers such as Tottenham Hotspur’s Harry Kane and Leicester City’s Jamie Vardy has led to questions over England manager Roy Hodgson’s perceived reliance on Rooney.

Like Hodgson, who rejected talk of Rooney’s ability to lead England during the June 10-July 10 European Championships in France, the Liverpudlian is not ready to call time on his international career.

“Over the past two years my form for England has been really good. I’ve scored a lot of goals,” Rooney told the PFA’s 4 The Player magazine.

“I’ll keep trying to, first and foremost, help the team be successful and if I can score the goals to help achieve that then that’ll be great.

“I’ve still got a few years left, I feel. I’m a lot more patient now in my play. When I was younger, I could be impatient and I’d end up in positions I didn’t really need to be in.”

Rooney, who will turn 31 in October, made his international debut at the age of 17 as a substitute against Australia in Feb. 2003 and became the side’s youngest-ever scorer with a goal in a 2-1 win over Macedonia seven months later.

Last September, he surpassed Bobby Charlton’s long-standing record of 49 goals for England against Switzerland and now has 51 goals in 109 internationals.

He scored his first goal in a World Cup finals against Uruguay in Brazil in 2014 and was England’s highest scorer in the Euro 2016 qualifying campaign with seven goals.

He is also closing in on Charlton’s all-time scoring record of 249 goals for Manchester United and is currently their second-highest scorer with 244 goals, but might need to wait until next season to break it due to his injury.