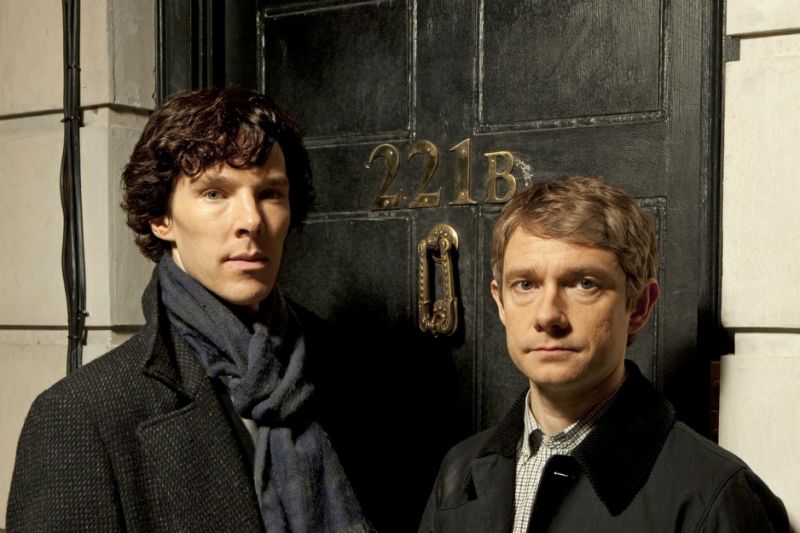 Filming for season four of the BBC's Sherlock has begun!

Fans of Sherlock were sent into a frenzy on Wednesday evening when the official Twitter account posted "It begins... Filming for series 4 is underway!"

It was accompanied by a rather crude clue in the form of the hashtag #221Back with the show's co-creator and onscreen Mycroft Holmes — Mark Gatiss — tagged in the tweet.

A very short video of Mark Gatiss holding up a clapboard for Sherlock, and saying, "We're back. The game is on!" was also released. The director's name, Rachel Talalay - can also be seen on the clapboard.

In January this year, The Abominable Bride was released as a special episode of Sherlock. While the Sherlock-Watson pair, played by Benedict Cumberbatch and Martin Freeman, respectively, have left fans waiting to see them on screen again for a long time, Abominable Bride prompted mixed reactions.

The third season of the show aired all the way back in the first quarter of 2014 so its understandable fans are growing impatient for the impending fourth season.

However, with both Cumberbatch and Freeman are pursuing their extremely successful Hollywood careers, as well as making time for other acting commitments, so getting the stars to commit to a shooting schedule for Sherlock has been difficult.

It is expected that season four will see the return of Sherlock's arch nemesis — Moriarty.