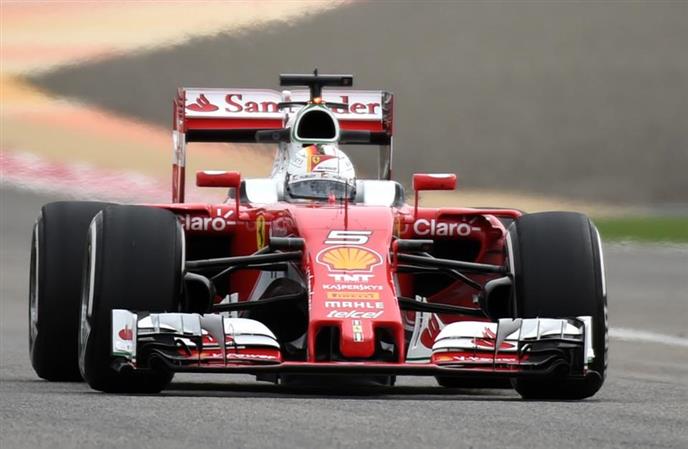 Ferrari's German driver Sebastian Vettel drives at the Sakhir circuit in Manama on April 1, 2016 ahead of the Bahrain Formula One Grand Prix (AFP Photo)

Paris: Italian manufacturer Ferrari will receive more money than any other team in Formula One for 2015 despite finishing second in the championship to Mercedes, British magazine Autosport reported on Thursday.

The 2015 total payout was $965m and this will be distributed across 10 teams with Ferrari leading the way ahead of the reigning double world champions.

Formula One Management (FOM) collates revenues from hosting fees, media rights, trackside sponsorship and hospitality with the teams receiving nine monthly payments with a final payment due in early 2017 when definitive revenues have been calculated.

Mercedes won 16 grands prix, including 13 one-twos, compared to Ferrari's three wins but earned just 17.7 per cent of the total fund with $171m - $74m consisting of bonuses.

Red Bull received $144m to the $87m earned by third-placed Williams, which finished ahead of it in the 2015 constructors' standings.

Frank Williams's team will receive less than half of Ferrari's total despite finishing just one place adrift in the championship.

McLaren, which finished ninth, receives a projected $82m, while fifth-placed Force India earned $67m, a situation which has lead to the team's complaint to the EU Commission over unfair competition.

Formula One commercial ringmaster Bernie Ecclestone admitted in Bahrain there had been "conversations" with the European Commission over complaints filed by Force India and Sauber, which placed eighth ahead of McLaren, yet receives just $54m.