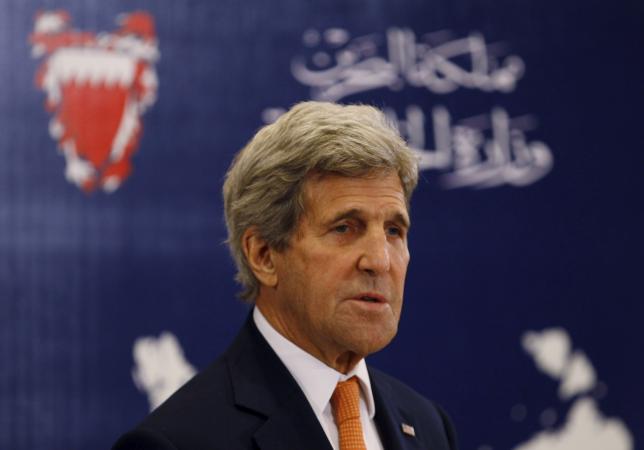 Baghdad: U.S. Secretary of State John Kerry visited Iraq on Friday to show support for its prime minister, who is grappling with a political crisis, a collapsing economy and a fitful fight to retake ground from Islamic State militants.

His aim is to free Iraqi ministries from the grip of a political class that has used the system of ethnic and sectarian quotas instituted after the U.S.-led invasion in 2003 to amass wealth and influence through corruption.

U.S. officials are worried that the political unrest may harm Iraq's efforts to retake territory it has lost to Islamic State militants, notably its second city of Mosul, seized when parts of the Iraqi army collapsed in 2014.

Kerry's visit "will underscore our strong support for the Iraqi government as it addresses significant security, economic, and political challenges," State Department spokesman John Kirby said in a statement.

In the past two weeks, Iraqi forces backed by U.S.-led coalition air strikes have retaken significant parts of the region around Hit, an important town 130 km (80 miles) northwest of Baghdad.

An offensive billed as the first phase of a campaign to recapture the northern city of Mosul has been put on hold until reinforcements arrive to hold ground, the commander of the operation said on Wednesday.

"The political wrangling in Iraq - it's certainly an issue that concerns us," a senior U.S. official in Washington told reporters earlier this week before Kerry flew to Iraq aboard a U.S. military aircraft.

Kerry plans to "encourage the Iraqis, while they're dealing with the cabinet reshuffle, not to lose sight of the need to stay focused on the fight against" Islamic State, he added, stressing the need "to plan steadily and carefully" to retake Mosul.

Baghdad is also hamstrung by the plunge in global oil prices that has shrivelled its main source of revenue.

On Thursday, officials from the International Monetary Fund and the government said the oil price forecast in the 2016 budget would be cut to about $32 a barrel from $45, widening Iraq's fiscal deficit by several billion dollars.

As well as meeting Abadi, Kerry plans talks with Foreign Minister Ibrahim al-Jaafari and with the head of the Kurdistan Regional Government, Nechirvan Barzani, the State Department said.