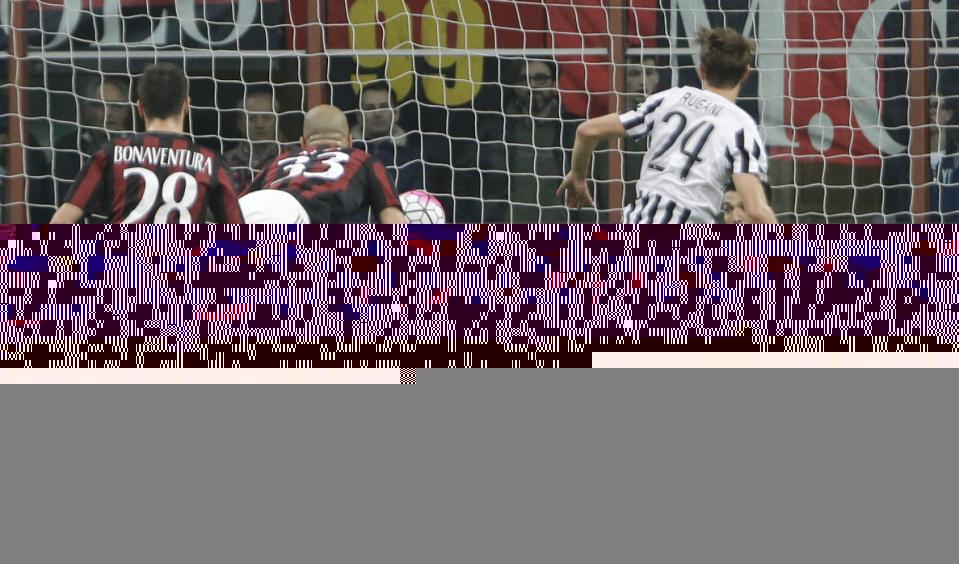 Milan: Juventus moved provisionally nine points clear at the top of Serie A as it came from behind to beat fierce rival AC Milan 2-1 on Saturday.

Inter Milan kept alive its slender hopes of securing a Champions League spot with a 1-0 win at 10-man Frosinone, which hit the woodwork three times.

Mario Mandzukic wiped out Alex's opening score in the first half, and Paul Pogba secured the win for Juventus after an hour. Milan had chances but goalkeeper Gianluigi Buffon was resolute.

"We're nine points ahead of Napoli, but it's not over yet, we have to continue winning," Pogba said. "We played like a mature team today, we deserved to win.

"I wouldn't say we're helped by anyone. We make the difference because we defend and attack all together. People talk a lot, but we just have to continue like this, then we'll see at the end."

Milan will play Juventus again this season, in the Italian Cup final.

"It's difficult to analyse this defeat, we didn't deserve to lose," Milan coach Sinisa Mihajlovic said. "We have never been lucky this year, the result makes me angry, but we have saved face. We come out of this match with our heads held high and this display has given us confidence with regards to the Italian Cup.

"Buffon made the difference, and I have nothing to reproach my lads for. Now, apart from Roma, we're playing teams which aren't as good as us on paper. If we play like how we did against Juve we can do well."

Frosinone remained one point from safety after fellow struggler Carpi lost at Chievo Verona 1-0. Genoa won at Sassuolo 1-0 in a match which was delayed for several minutes because of a hailstorm.

In Milan, there was a touching tribute before kickoff to former player and coach caesare Maldini, who died last week at the age of 84.

Milan, which had been on a training retreat since an embarrassing defeat to Atalanta last week, almost took the lead in the eighth minute but Ignazio Abate's effort came off the post.

Minutes later, Buffon pulled off a fantastic save to scoop Mario Balotelli's free kick off the line.

Milan did go in front in the 14th as an unmarked Alex powerfully headed in Balotelli's corner.

Juventus levelled with a long ball from Buffon landing at Alvaro Morata, who prodded it through for Mandzukic to fire into the bottom left corner, wrong-footing Milan goalkeeper Gianluigi Donnarumma.

Milan almost restored its lead shortly after the break but Buffon parried a Carlos Bacca strike and somehow pushed Balotelli's follow-up onto the bar. Balotelli, who has yet to score in the league since returning from injury, desperately clawed it in but it was ruled out, and he was booked for handball.

Pogba hit the post on the hour mark before scoring what was to prove the winner five minutes later, chesting down the ball at the back post and scuffing his shot, which nevertheless bounced over Donnarumma.

Mauro Icardi scored the only goal at Frosinone in the 74th-minute, heading Ivan Perisic's cross into the top far corner. It was the Inter captain's 50th goal in 100 matches for the club.

Frosinone had the better chances but hopes of an equaliser diminished when defender Leonardo Blanchard was sent off for a second yellow card 10 minutes from time.