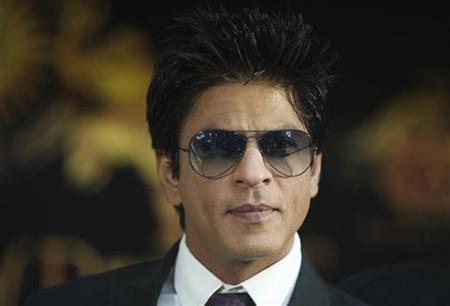 New Delhi: He has a huge fan following and his every move is always under the scrutiny, but Bollywood actor Shah Rukh Khan says he does not become special because he is a movie star.

According to the 50-year-old actor, gone are the days when a star needed to be unaccessible and enigmatic.

Shah Rukh says he wants to be loved for his work but treated as an equal among everyone.

"You don't have to show that you are enigmatic or far away... When I started, I was so approachable that people used to feel I am unenigmatic and this wasn't the right thing to do according to them," he told reporters here.

"But in today's times, my talent should make you feel that I am doing something special in the field of entertainment... But just because I am a movie star does not make me special at all," Shah Rukh added.

The "Dilwale" actor was in the capital to promote his upcoming film "Fan", which will hit theatres this Friday.

The film traces the story of a fan, whose love for his favourite movie star becomes an obsession.

When asked how would he define a star, Shah Rukh named Amitabh Bachchan and Dilip Kumar.

"According to me he is a star who when he walks, people become quiet and let him pass... I have seen this happening only with two people-- Dilip sahab and Amitji.

"So, I think a star is able to invoke a certain sense of respect and dignity and love from people which makes the whole crowd go hush and silent. I think that's the real star."

With the advent of social media, the connect between stars and their fans have increased and Shah Rukh is all praise for it.

"Of course the proximity between stars and fans has increased. one does not need to depend on other media and can directly interact with the admirers. The way our country is progressing and we are dealing with technology, somewhere down the line, there is no hierarchy...

"I think everybody is in a horizontal world. What you need to do through your dignity, hardwork and talent is to show people that you are little more equal among equals. and I think it is becoming a more horizontal world which is really nice," Shah Rukh said.