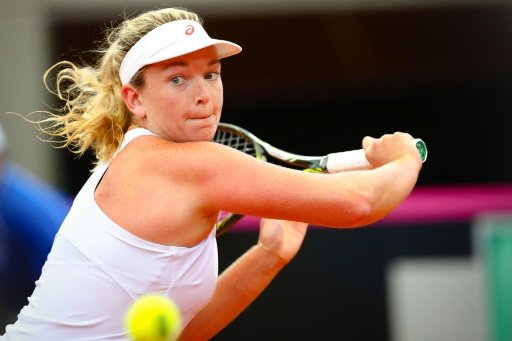 Brisbane: The United States booked a place in the Fed Cup World Group in 2017 when Coco Vandeweghe came from a set down to beat Australia's Samantha Stosur on Sunday.

Vandeweghe's 2-6, 7-5, 6-4 win in the first of the reverse singles gave the Americans an unassailable 3-0 lead in their World Group play-off match on Pat Rafter Arena in Brisbane.

The US came to Australia without their three best players, Serena and Venus Williams, and Sloane Stephens, but won both opening singles matches on Saturday as Madison Keys downed Daria Gavrilova and Christina McHale outlasted Stosur.

Vandeweghe, who stepped in for Keys in the first of the reverse singles on Sunday, looked in big trouble early as Stosur raced through the first set in only 28 minutes then went up 2-0 in the second.

But the American broke back to get the set back on serve, then began to find her range with both her serves and groundstrokes.

She broke Stosur in the 11th game of the second set to level the match, then broke the Australian at the start of the third to gain the vital advantage.

Stosur refused to give in and battled hard to get back into the match.

However, Vandeweghe kept her nerve and, despite facing two break points when serving for the match, the American held on to win in two hours, 18 minutes.