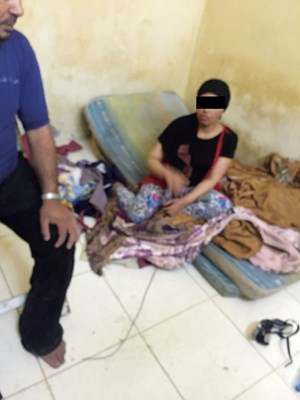 Kuwait: The anti-vice squads busted a prostitution racket in the region of Khitan in Kuwait.

The officers raided a vice den and arrested three Asian prostitutes who were offering sex services for KD15.

An Egyptian pimp who tours cafes and lures customs to the vice den that he runs in exchange for money, has also been caught red-handed.

Police records revealed that two of the Asian prostitutes are already wanted in connection with other legal cases.

The Egyptian admitted to running the brothel and exploiting the three Asian women who were runaways.

He said that he resorted to the sex racket after he was fired from his job, claiming that the "sex business is very lucrative".