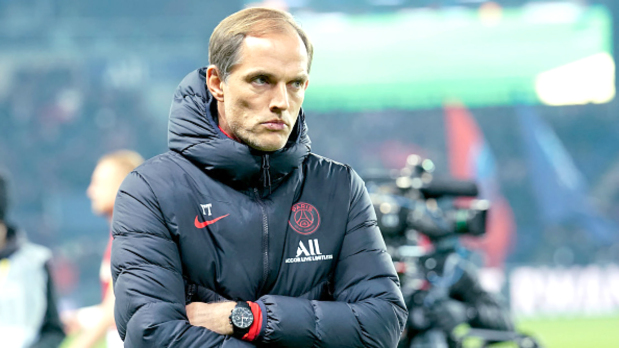 The 47-year-old former Borussia Dortmund and Paris St Germain coach has agreed an 18-month contract with the option of another year, the west London club announced.

“I would like to thank Chelsea FC for their confidence in me and my staff,” Tuchel, who met the players at Chelsea’s Cobham training headquarters, said in a statement.

“We all have the greatest respect for Frank Lampard’s work and the legacy he created at Chelsea.

“At the same time, I cannot wait to meet my new team and compete in the most exciting league in football. I’m grateful to be part of the Chelsea family – it feels amazing!”

Lampard, Chelsea’s record goalscorer, was sacked on Monday after 18 months in charge following a run of five defeats in their last eight Premier League games. The 42-year-old is held in great affection by the Chelsea fans and was praised for handing eight academy graduates a first-team debut since arriving in July 2019.

But he lacked managerial experience having spent just one season as second-tier Derby County before answering the call to return to Stamford Bridge and replace Maurizio Sarri.

Tuchel will be less familiar to Blues supporters but has an impressive managerial CV, albeit mainly with PSG in a far less competitive league than England’s top flight.

He delivered back-to-back French league titles and took them to last season’s Champions League final but was sacked and replaced by Mauricio Pochettino in December.

“It is never easy to change head coach in the middle of the season but we are very happy to secure one of Europe’s best coaches in Thomas Tuchel,” Chelsea director Marina Granovskaia said. “There is still much to play for and much to achieve, this season and beyond. We welcome Thomas to the club.”

Tuchel, Chelsea’s first German coach, built a reputation as a forward-thinking tactician operating on a small budget after taking over from Juergen Klopp at Mainz, who he guided to a fifth-place Bundesliga finish in 2010-11.

When Klopp left Dortmund at the end of the 2014-15 campaign, Tuchel again replaced him and won his first managerial silverware by leading the club to German Cup success in 2017.

He joined PSG in 2018, replacing Unai Emery. Tuchel is the 14th managerial appointment made by Chelsea since Russian billionaire Roman Abramovich bought the west London outfit in 2003, including Jose Mourinho’s two spells.