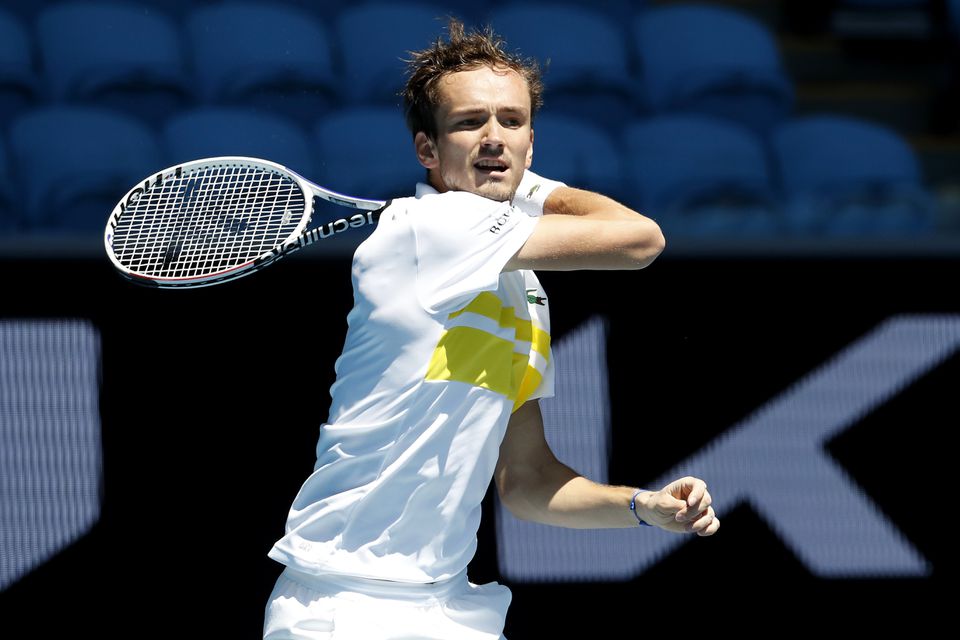 Russia's Daniil Medvedev in action during his fourth round match against Mackenzie McDonald of the U.S. (Reuters Photo)

Daniil Medvedev firmed as an Australian Open contender when he brushed aside Mackenzie McDonald 6-4 6-2 6-3 to reach the quarter-finals and extend his winning streak to 18 matches on Monday.

The fourth seeded Russian won his first career five-set match in the third round but there was no need for a prolonged spell in the sun to see off McDonald on Margaret Court Arena.

World number 192 McDonald had some luck going to the net but could not match the power of Medvedev's serve or the intensity the Russian brought to bear on big points.

Medvedev converted six of the seven break points he carved out, the last to win the match and set up a last-eight clash with compatriot Andrey Rublev or Norwegian Casper Ruud.