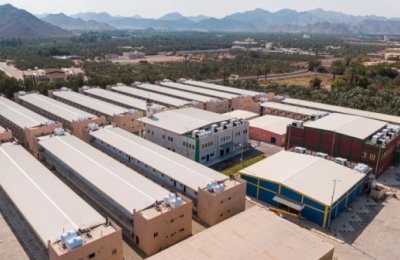 Saudi authorities have announced the launch of a model housing project for expat workers in Madinah region that can accommodate 3,000 people, said a report.
The housing project, which was constructed on a 39,800 sq m area, is the first among a number of typical projects in the region, and it is furnished with various environmental, health, and operational facilities and services, reported Saudi Gazette.
Madinah is witnessing the completion of a number of typical projects for labour housing in Al Oyoun and Al Hijrah neighbourhoods.
The mayoralty also awarded another project on an area of more than 250,000 sq m on the Hijrah Expressway, bringing the total capacity of labour housing to about 15,000 workers, said the report.
Another typical housing project for 5,000 workers has been implemented under the supervision of the Royal Commission in Yanbu, it added.
Unveiling the project, Prince Faisal Bin Salman, the Emir of the Madinah region, said the new labor housing project comes as a model for quick solutions approved by the main committee in the region, to study the housing conditions of expatriate workers and rectify the violations with regard to their housing.
The project is timely as the committee had found last year that more than 17,000 workers were living in overcrowded housing facilities within the Madinah neighbourhoods, he stated.
The committee had subsequently adopted a mechanism to deal with it, he added.