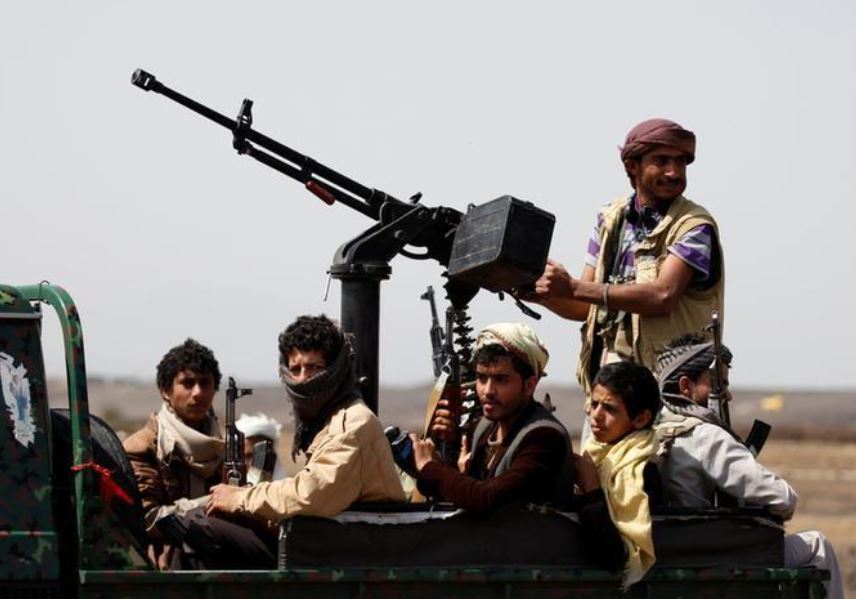 Houthi fighters ride on the back of a patrol truck as they secure the site of a pro-Houthi tribal gathering in a rural area near Sanaa, Yemen July 21, 2016. (Image credit: Reuters)

The coalition later said it had destroyed a bunker for ballistic missiles and launch pads in the northern Yemeni province of Saada, from which it says the missiles had been launched, Ekhbariya TV reported.

“We are taking operational measures to neutralise and destroy sources of threat to protect civilians,” the coalition said, adding that its military operations complied with international law and its customary rules.

The coalition early on Tuesday said it had also intercepted an explosive drone fired towards Khamis Mushait.

Houthi attacks into Saudi Arabia have escalated in recent weeks.

On March 7, the coalition said a barrage of drones and missiles had been intercepted en route to their targets, which included an oil storage yard at Ras Tanura, the site of a refinery and the world’s biggest offshore oil-loading facility.

The Saudi-led coalition intervened in Yemen in March 2015 after the Houthis ousted the Saudi-backed government from power in the capital, Sanaa.

The United Nations and the United States have urged the Houthis, who are also pressing an offensive against government-held Marib city in Yemen, to turn to negotiations rather than military escalation.

US special envoy on Yemen Tim Lenderking said last week a “sound plan” for a nationwide ceasefire in Yemen has been put to the Houthi leadership.