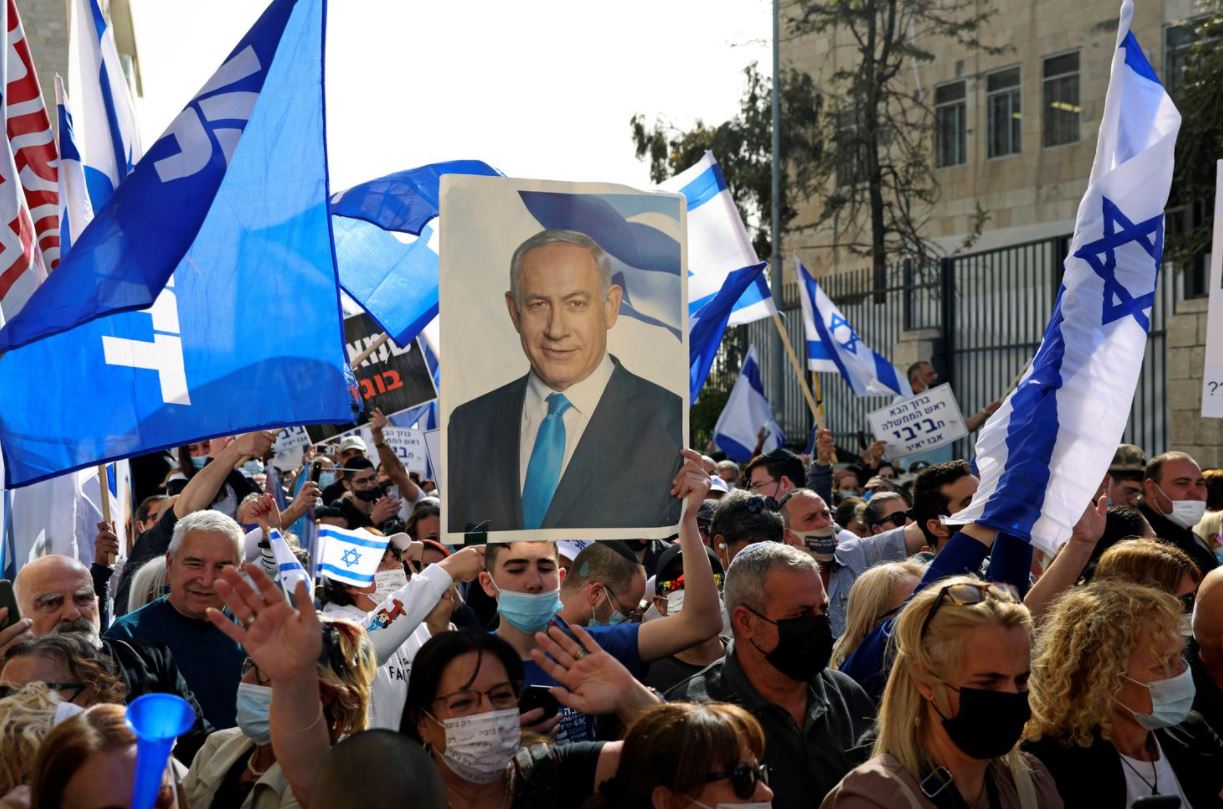 Jerusalem: Israeli prosecutors accused Prime Minister Benjamin Netanyahu on Monday of trading favours like “currency” at the opening of a corruption trial which, along with an inconclusive election, has clouded his prospects of remaining in office.

Netanyahu, who has pleaded not guilty to charges of bribery, breach of trust and fraud, came to Jerusalem District Court in a dark suit and black protective mask.

He huddled with lawyers as protesters for and against him could be heard yelling outside.

The state said Netanyahu was responsible for regulations that allowed a telecom power-couple to clinch deals worth “many hundreds of millions of shekels”, in exchange for them sweetening coverage of the premier on a popular news-site then under their control.

“The relationship between Netanyahu and the (co-) defendants became currency, something that could be traded,” prosecutor Liat Ben-Ari said in presenting so-called Case 4000.

“This currency could distort a public servant’s judgment.”

Netanyahu faces two additional cases in what is the first criminal trial of a sitting Israeli prime minister.

He describes himself as the victim of a politically motivated witch-hunt.

Meanwhile, Israeli President Reuven Rivlin began consulting with party heads on who might form the next coalition government - a toss-up after the March 23 election, the fourth in two years, gave neither Netanyahu nor his rivals a clear mandate.

“I do not see a way in which a government can be established,” Rivlin told representatives of centrist Yesh Atid, the largest opposition party, which hopes to unseat Netanyahu’s conservative Likud.

“The people of Israel should be very concerned that we may be dragged into a fifth election.”

Netanyahu spent an hour in court, departing - with its consent - before Ilan Yeshua, former CEO of the Walla news-site, testified on behalf of the prosecution.

Yeshua said that while employed at Walla he had been “barraged” by demands from its owners, Shaul and Iris Elovitch, and by Netanyahu confidants to promote the prime minister and play down or attack his political rivals.

“The Elovitches asked me not to let the editors know that the reason for the requests had to do with imminent regulatory moves,” Yeshua told the court, adding that the coverage demands prompted “daily arguments” with staff who “put up a fight”.

Iris Elovitch, who like her husband denies wrongdoing, interrupted Yeshua, shouting: “How much can you lie?”