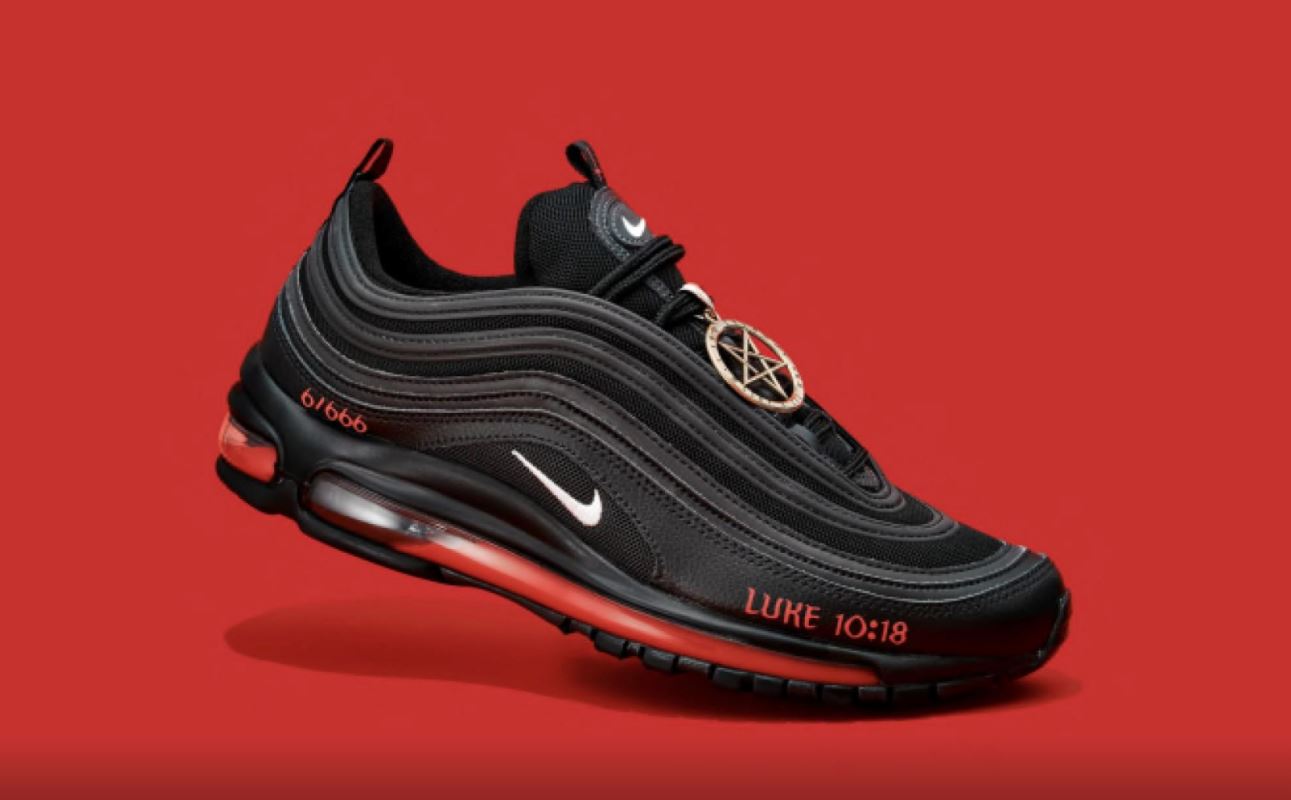 NEW YORK: Nike Inc. said on Thursday a Brooklyn company that made “Satan Shoes” in collaboration with the rapper Lil Nas X has agreed to voluntarily recall the shoes, as part of a legal settlement with the athletics giant.

The settlement with MSCHF Product Studio Inc resolves a trademark infringement lawsuit that Nike filed last week over the black-and-red, devil-themed sneakers, which carry the Nike “swoosh” logo and quickly sold out at $1,018 a pair.

Satan Shoes are customized versions of the Nike Air Max 97 sneakers, with midsoles purporting to contain a drop of human blood, and printed with “Luke 10:18,” a reference to a Biblical verse that alludes to Satan’s fall from heaven.

Only 666 pairs were made, with the last held back so Lil Nas X, known for the song “Old Town Road,” could choose the recipient.

Nike said MSCHF will offer full refunds to purchasers of its Satan Shoes and Jesus Shoes, which were launched in 2019 and also based on the Air Max 97, “to remove them from circulation.”

Limited edition shoes can fetch premium prices among collectors, however, and those obtaining refunds could miss out on price appreciation.

“MSCHF intended to comment on the absurdity of the collaboration culture practised by some brands, and about the perniciousness of intolerance,” he said. “Having achieved its artistic purpose, MSCHF is pleased to have resolved the lawsuit.”

Lil Nas X was not a defendant, and never got to choose who received the last pair after a Brooklyn judge temporarily halted further sales on April 1.

Nike had claimed that even “sneakerheads” were confused about who produced Satan Shoes, while MSCHF said the shoes were “individually-numbered works of art” and did not sow confusion.

In March, Lil Nas X released a devil-themed video for his song “Montero (Call Me By Your Name).”